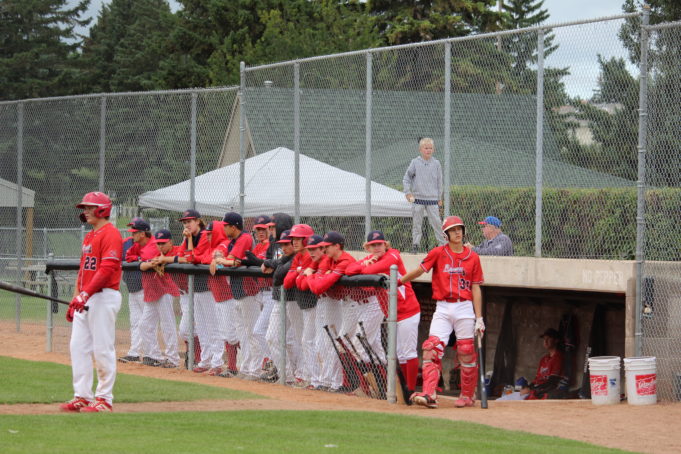 For this weekend, Red Deer is the centre of the 18U AAA baseball world in Western Canada.

Teams from Manitoba, Saskatchewan, B.C. and Alberta are in town to take part in the 2019 18U AAA Western Canada Championships at Great Chief Park.

The Red Deer CarStar Braves are the home team and it means to these boys than getting the last at bat in some games.

“For a lot of these kids it’s probably the biggest opportunity in their minor baseball careers,” said Braves Head Coach Randy Gehring. “Some of these guys will leave after this year and they’ll head off to different places. Anybody who’s been through it before knows you’ll remember the memories and the guys you hang out with, the team.”

One player not sticking around is pitcher Jared Arnold. He pitched six solid innings in his last game as a Brave, beating Manitoba. Now he is off to the state of Kansas to further his baseball career and his education, playing for Colby College, an NCAA Division III school . 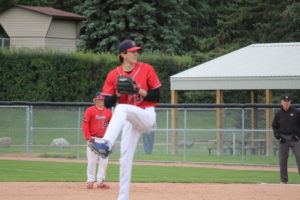 “It was a pretty good way to close out his Red Dee r Minor Baseball career,” said Gehring. “Jared has played for me since his Mosquito days.”

Being a community of this size, it allows players to stick around to play with each other for years in a row and Gehring says it helped to set a firm foundation for the future.

“We’re mostly 18-year-olds, but we’ve kept quite a few first years because we’ve got a really strong Bantam group coming up. Over the last couple of years, I’ve tried to position this team so that as we go forward it’s going to be a very strong team for the next nine or ten years. We’ve got a lot of kids moving up.” 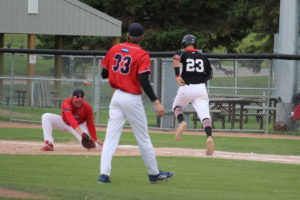 The Braves can put a strong team on the field but to pull off an event like this you need as strong a team off the field. Gehring says that is exactly what Red Deer has going for 2019.

“Renae Clark has been chairing the committee from day one and she’s done a lot of work putting it together. If you know Renae she takes things very personal if she’s running something so I’m sure she’s had her fingers on almost everything.”

There is still more baseball action at Great Chief park through the weekend for you to check out thanks to Renae,her committee and the Braves.

Play Ball !-In The Winter

Jim Claggett - January 31, 2018
0
Red Deer and area is another step closer to hopefully stemming the flow of young baseball talent out of the region. A large crowd turned...