It’s back to school for Wade Groenewegen. Back in December the St. Pat’s teacher was named the new head coach of the Red Deer College Kings soccer team, replacing Steve Fullerton.

For Groenewegen, it’s some familiar territory being covered with the appointment as he played for the Kings for three seasons in the 90’s and then coached the team for another five years.

He stepped down from coaching in order to help raise his young family but never left the game he enjoys. 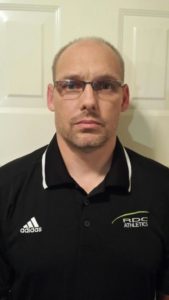 He did spend some time with competitive U16 and U18 girl’s teams as well as recreational teams where his children played.

Being back with the RDC Kings is part of his habit of circling back to programs he’s been with before.

“I coached U17 while I was still playing. I circled back and took my daughter at U11 and coached her for a couple of years and then moved all the way and came back around. I’ve circled through everything a couple of times. I’m pretty recycled I guess.”

If you were to look up career coach in the dictionary you might find Groenewegen’s name in the definition.

He admits he ate, drank, slept and bled King’s soccer for nine years and now he’s set to do it again.

The first order of business will be to meet with Fullerton and players who are coming back to RDC to see what he’s going to have to work with.

“Then we’ve got to look at building a team. We’ve got to find players first and find students,” he said.

He says there is a solid foundation already established with the program but this is somewhat of a transition year. He estimates about ten players will be  leaving Red Deer College as their schooling has come to an end or will this spring.

“There’s about five key players who are staying for sure. There’s going to be a fair bit of looking,” he said. “There’s going to be new opportunities for guys who had a minor role before and will get a chance to have a bigger role now.”

Stepping into a situation where he can select more players instead of taking over a veteran-laden team is good for him. He wants to be able to build the foundation he wants moving forward. But he admits it won’t be without challenges.

“No matter which way you go you’re going to run into obstacles. It’s just a matter of which obstacles you’re dealing with.”

He’s excited about the upcoming season and getting back into the trenches of the ACAC.The league has changed over the years since he played and coached but he says it has been for the better. Back in his day there was Mount Royal and Grant MacEwan teams which have moved on and now there are squads at Fort McMurray, Grande Prairie, Augustana, Olds and Briercrest.

“The ACAC used to be a little top heavy and we were really in tough in close with games but now with more teams it’s spread out a little bit more and you’ve got a greater variety in the level of teams you’ll be playing.”

He says this version of the league doesn’t change the way he will coach the Kings this year.

“I want my team to have the ball. I want us to be dangerous and at the same time defensively responsible which really doesn’t separate us from anyone else but how you go about it is the difference. Can you pull it off?”

For now he will work on the brick and mortar to construct his foundation and time will provide the answer of whether it’s solid or needs repair.