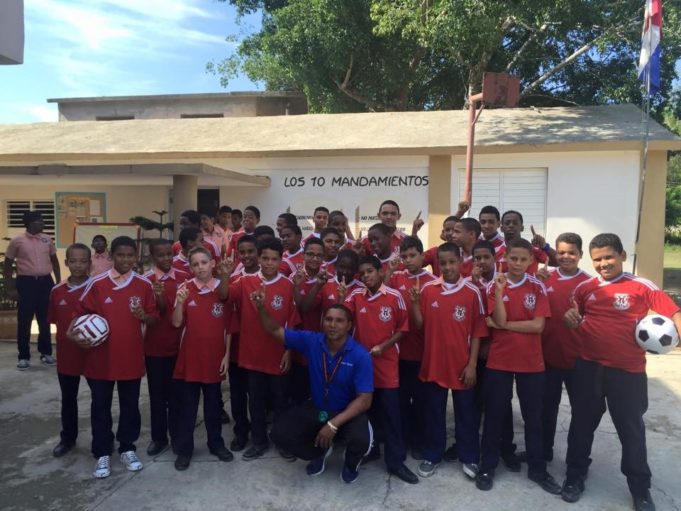 The Red Deer Renegades change uniforms every two or three years and it would be easy to retire those jerseys, put them in a box and let them collect dust for years to come.

Instead, those jerseys get a second life when people heading to other countries offer up to pack them up and give them to a less fortunate team in those countries.

“There’s always people going somewhere to those third world countries that need help and support and we basically keep those (jerseys) for purposes like that,” said Ado Sarcevic, with Red Deer City Soccer Association.

The uniforms are still in very good condition so it’s not like a box full of future dust rags are being given away.

A local church group was headed to the Dominican on a humanitarian mission loaded with daily needs for babies and school supplies for older children.

Karin de Klerk was on that mission and she just happens to have a son who plays with the Renegades so she knew the teams were getting new uniforms.

“I thought what an awesome opportunity to bring smiles to the faces down there so I asked Ado if he would be able to help me out,” she said. “I certainly wasn’t expecting what he came back with as he gave me four full sets of uniforms including socks.” 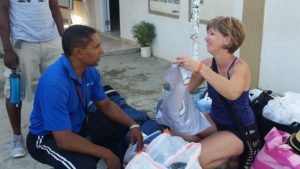 The groups benefitting from the donation range from children between the ages of eight to 14 and de Klerk says the kids receiving the gifts were beyond themselves with happiness and excitement.

“I’ll tell you, they have nothing,” she said. “It’s quite a spectacle when you go and see these kids playing with a stick.”

The playground at the school was a perfect example of what these kids are missing. A teeter totter with the hinges but no board, a swing set with just the frame. A volleyball game was played in a rocky field with horses wandering through. While these kids don’t know how bad they have it they sure know what makes them happy and these uniforms fit the bill.

She said these kids just don’t have a lot of joy that just involves being a kid and having a treat is unheard of for them. 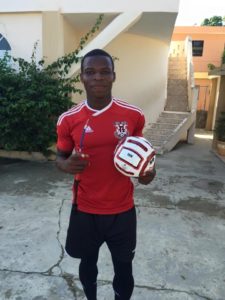 “They were so excited. We brought soccer balls and handed out jerseys. They were trying them on and trading jerseys because they wanted to have their number. They were chattering and grinning. It was better than Christmas.”

It’s an experience which will last for quite some time for these children, she said.

The generous offering of uniforms is something which hits close to home for Sarcevic as he went through some tense times in Bosnia during the civil war.

“After the war there are still people who struggle. People here in Canada, most of them don’t see the other side of the life or of the world,” he said. “People live the way they live and don’t have the luxury of even buying a jersey or soccer shoes.”

So this reaching out to another culture is something he personally believes in and has no problem in sharing jersey’s which can put a smile on a face of a child in another country.

The whole trip was overwhelming for the visitors as well as the kids but de Klerk says she would go back there in a minute.

So maybe on your next trip to escape the clutches of Old Man Winter or on a mission of kindness you can pack an extra jersey or two. It can’t hurt.

Jim Claggett - December 12, 2016
0
The game of soccer is undergoing a change in Canada. Canada Soccer has hired on former national team captain Jason Devos as their grassroots director for the...