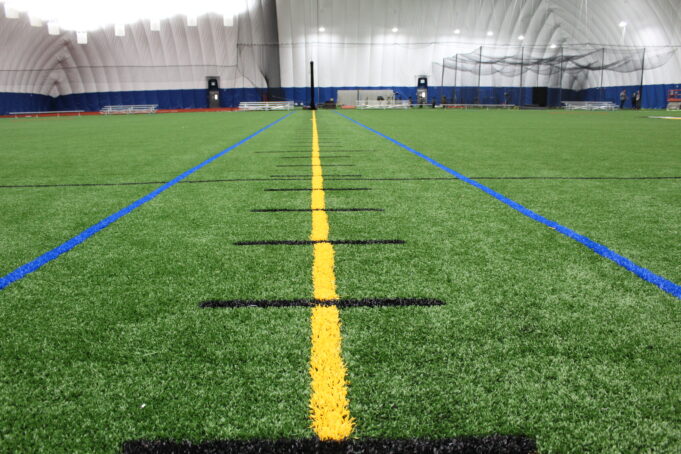 When the mercury drops to the level it does during a Central Alberta winter, practicing field sports is impossible.

Many teams have dreamt of a refuge for those summer sports to get indoors to workout and The Dome, with its 107K square feet of space has come to the rescue.

“We have those long winters so that’s what this accomplishes so we can compete year-round and play the sports we love year round,” said Noah Welch, President and General manager of The Dome on Red Deer’s Gasoline Alley.

Welch has a background in professional hockey, but the focus of The Dome is those summer sports like baseball, softball, lacrosse, soccer, rugby and football. 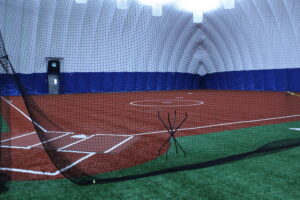 “We run our own in-house programs all the way up from youth to rec softball leagues for adults. We are all about long-term athletic development and we cater to all kids and we are affordable,” he said.

Those programs are run by a variety of coaches who come armed with some very good resumes, said Welch.

“When it comes to our staff, I would put our staff up against anyone in Alberta. We have a great coaching staff that really enjoy teaching kids.”

Help is there for coaches when they bring in their teams or it can be as simple as renting the facility with coaches running their own workouts. 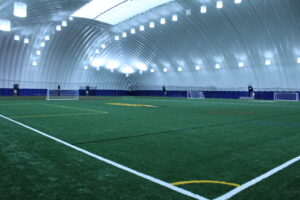 A good example of working with established programs is the relationship The Dome has with St.Josephs Baseball Academy. Those players use the facility for part of their off-season training and it appears to be a solid relationship.

Welch says the focus is to help local athletes become the best they can be in order to move up the ladder to the next level. It just makes sense to have the ability to work year-round on your sport(s).

“In hockey, we send guys and girls to college level, pro level every year and we don’t do that in other sports. It’s not because we’re less athletic, it’s because they don’t have the opportunity and the coaching,” Welch said.

Soccer and baseball are the top two sports using The Dome currently and Welch says the attraction is a combination of coaching plus a top-notch facility-one of the best in Western Canada, he said. It’s possible The Dome could keep local athletes from heading elsewhere to train.

“When you look at those elements, we hope that not only will our own kids stay (in the region) but we will start drawing kids from the outskirts of those two big cities (Edmonton and Calgary).”

The Dome was an idea which started small and grew into what we see now.

“Close to four years ago I started thinking about life after hockey. I was on the back nine of my career for sure and we were looking at maybe doing a gym or buying a gym and the realized through that process that what is actually needed are indoor fields,” said Welch.

Instead, they incorporated what you might find in a gym into The Dome. Included in the formula is a full-size soccer field with football and rugby markings. There is a major league baseball infield, softball field, and batting cages. One stop shopping for local athletes. 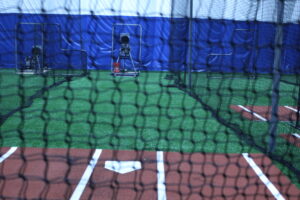 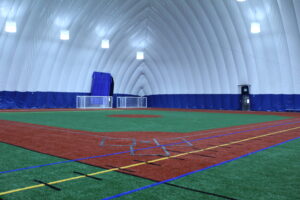 The $8.5 million dollar project came together quickly, and the building went up fast as well.

So, during the winter Welch says it will be busy but what happens in the spring and summer?

“Athletes train and sports have different seasons so that’s where we’re confident we will be doing what we do 12 months of the year catering to different sports.”

Filling a perceived need was goal one and now Welch says they need to deliver a great product to take it a step further for the athletes and keep The Dome busy all year.

“This is a long-term thing. This is a marathon so we just want to deliver a good experience, fun but also competitive, where kids can learn to love sports, just get better and help them reach their maximum potential,” he said. “When we’re doing our best it’s the kids that reap the reward.”