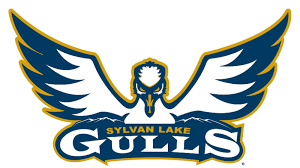 It seems ever since they announced the Sylvan Lake Gulls as the newest franchise in the Western Canadian Baseball League, a lot of what needs to be done has been up in the air.

With the latest announcement from Alberta Health Services, it appears some of those issues have hit the ground and the Gulls can put more structure beneath their planning.

“The last time we chatted it was just the uncertainty of everything about the pandemic,” said Gulls General Manager and President of Baseball Operations, Aqil Samuel. “Now there’s a light at the end of the tunnel and there’s a date now that we can work towards and as long as we can get to that Stage Two, we should be good.”

One of the biggest detours the fledgling franchise faced was what to do for 2021 after the inaugural season in 2019 was no-hit by COVID. A handful of the 11 franchises decided to play ball and so Edmonton, Lethbridge and a pair of teams from Okotoks will join the Gulls on the diamond.

The season will feature a 40-game schedule with the start date of June 18th for the Gulls as they christen the stadium which is the jewel of Pogadl Park. This abbreviated season will also feature purely Canadian content on the roster of about 24 players who had been playing in the USA.

“Those guys will be arriving around the 13th of June, we will get some practices in the week of the 14th and then we play on the 18th,” said Samuel.

The schedule will also include two rounds of playoffs and Samuel figures the season will conclude around August 22nd if all the pieces fall into place.

It has been a nightmare to coordinate play with several versions of the schedule already produced. It has been a series of making one plan, only to be replaced by another and then another.

“You have to be nimble in this environment, especially me. I am kind of a planner and I’ve got lists and then you just throw a list out because you have to start over,” he said.

These 18- to 22-year-olds are excited about being able to play baseball this summer and maybe take their game to the next level. But are 40 games going to be enough to impact discerning eyes of scouts?

“Forty games is going to get guys enough reps and hopefully they will allow us to have fans in the stadium and get some scouts in there where these kids can get some exposure. I think there’s enough of a sample size there they’ll know where they stand going into their college season and into our 2022 season.

Samuel credits head coach Jason Chatwood for his hard work in recruiting players and he tapped into his alma mater Colby College in Kansas.

Outfielder Zach Olson, infielder Cleary Simpson and pitcher Jared Arnold are Red Deerians and outfielder Brayden Cust is from Sherwood Park. All played at Colby this past year and another local product, outfielder Cooper Jones joined them.

“The fans, when they get to know this team a little bit better, I think those kids are going to be the ones to keep an eye on,” said Samuel. “I just can’t wait to see these guys on the field in a uniform, that’s just going to be quite a moment.”

The Gulls will do single game tickets all year and the plan is to get those tickets available for purchase on-line a week before each game. It is going to be first come, first served and Samuel says the occupation limit has yet to be determined by health officials which could be as high as 500.

“We’ll be able to scan those tickets at the gate and get people in,” he said. “We won’t have a will call (window) or anything like that in the first year so people can bring those tickets on the phone or print them off at home.”

Samuel says the Gulls appreciate fans and the community of Sylvan Lake for standing by them through turbulent times.

“It’s been great so far and I can’t wait to see people in that park. If that happens, I can breathe again.”

Riggers Gearing Up For Playoff Run

Jim Claggett - August 1, 2015
0
The Red Deer Riggers are in a familiar position at the end of the Sunburst Baseball League regular season. First place was locked up Tuesday...