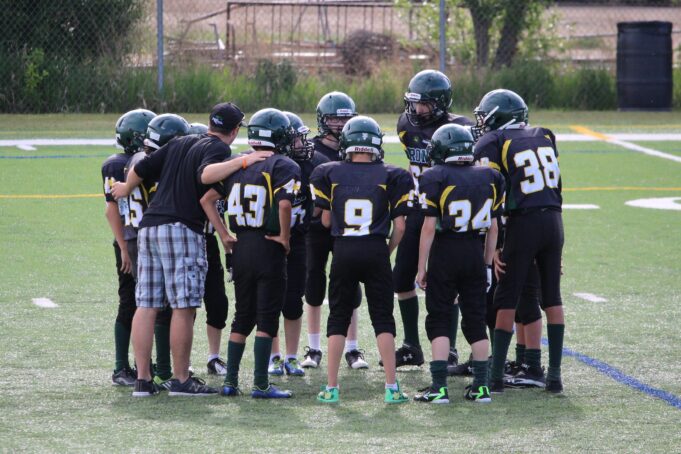 When the world gives you lemons you make lemonade is how the saying goes for those facing a problem and eventually finding a solution.

For the Ponoka Broncs Bantam Football team, the lemonade stand is open for business.

COVID-19 has affected all forms of football, but Broncs Head Coach Todd Lewis says there are options available.

“Our football season is in the fall,” says Lewis, adding it is somewhat of a blessing in disguise. “We are also a community-based team and I know some teams are still affiliated with schools which means they lie under their jurisdiction, so schools are playing it very safe right now.”

It translates into the Broncs being able to govern themselves and were allowed under AHS and Football Alberta strict rules to hold a summer camp, unlike their school counterparts. 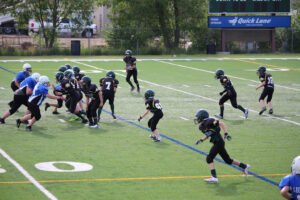 The summer camp took the place of the cancelled annual Spring camp which Lewis says is vital to a program like the Broncs.

“We don’t have a peewee(football) program yet so all the kids we have coming to our Bantam team are brand-spanking new football players. They don’t know anything,” he said.

With a potential fall start to a season not having any form of camp would have put Ponoka way behind any other program, said Lewis.

The season has been put on hold until the Spring of 2021, but there is a light at the end of a dark and confusing tunnel.

He has started a 9-man developmental league with a handful of other communities which starts in September. Lewis says the rules will be different as will the look of the game.

“We’re playing five on the line of scrimmage and ends are eligible,” said Lewis. “Should be high scoring.”

The first couple of weeks will be Jamboree rules so no special teams, coaches will be on the field and you run ten plays on offence and then swap.”

Lewis says if he can give a Grade Nine player in their last year of Bantam football a chance to be the stud player then this option may provide that silver lining.

He says the coaches have been great at following the protocols in place and the training camp did not look much different from a COVID free year.

“Beyond making sure everything is sanitized it’s pretty similar. Kids are still making contact and you still get to do normal football things.”

Every player and coach within the cohort has to go through a safety check on their health and people were asked to sign in so the comings and goings were tracked in case there was an incident involving COVID. 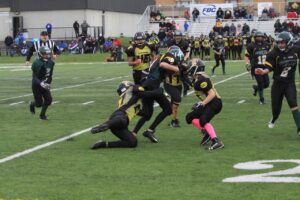 “The way it was explained to me by Football Alberta is that we’re allowed to have contact and we’re allowed to break the social distancing within our 50 person cohort, they’re calling it breaking the barrier,” he explained.

In addition, any person involved in the cohort is not allowed to join any other group or attend any other camp.

All the gear is wiped down regularly and sharing water bottles is not allowed and Lewis says the kids were fantastic in dealing with the fresh look to football camp.

“It’s all about establishing routines so if the kids learn to run a streak and catch a pass, awesome. We want that,” said Lewis.” But that’s secondary to learning how to setup your stall, is your stall clean, is the shed clean, is the field clean, do we have the bags in the right spot? So all these little routines that are going to save us time and save us minutes and more importantly, teaching the kids how to be disciplined and follow through expectations and rules, that is number one.”

Lewis says following the new rules was easy because the coaches and kids just wanted to be involved in football this year.

With the 9 man league taking place, the lemonade is ready to drink.