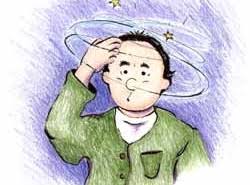 It’s all about the balance in your life-figuratively, and for some people, literally.

You know. Not falling over. That kind of balance. But, it does go deeper than that for others.

There is a special type of therapy which deals with three specific problems when it comes to balance issues. Vestibular rehabilitation or vestibular therapy is offered at Collegiate Sports Medicine in Red Deer to help correct your balance problem. 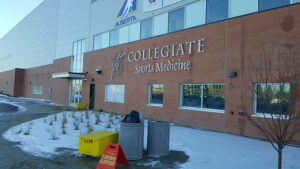 “So, that would be dizziness, vertigo or poor balance,” said Matthew Boyd, a physiotherapist at Collegiate. “Those three problems are usually problems associated with a certain system. We call it the vestibular system.”

The focus of the treatment is an organ within your ear called the labyrinth(inner ear) which has three little loops in it home to a fluid. The job is to send a message to your brain telling it your head is moving or tilted in a direction. Think of a carpenter’s level in your ear. 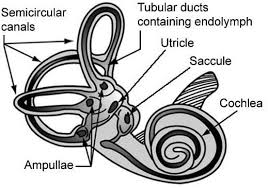 It is more a problem for everyday adults as opposed to children or athletes, said Boyd.

“Unless there’s been some sort of direct trauma and maybe a concussion,” he said. The elderly appear to be more prevalent to this issue when it comes to their balance.

But for athletes, a sense of balance is a key factor when doing their sport be it golf, tennis, football, hockey or curling. So, it makes sense to seek treatment if things seem to be a bit off when dealing with stability.

Boyd wanted to make it clear, there is a distinct difference between vertigo and dizziness which many people think are the same.

“The most common cause (for vertigo) is you get little salty-like crystals that are supposed to live in one part of that labyrinth organ, get dislodged and get into the wrong part. They set it off firing when it isn’t supposed to be firing so it’s telling your brain my head is moving which makes the eyes twitch back and forth which makes everything look like it’s spinning,” said Boyd.

Dizziness is when the fluid in your ear gets moving because of some activity, like spinning in a circle or bending over to pick something up from the floor, and when you come to rest, the fluid is still in motion, he said.

The first step in testing is to determine what is causing the dizziness, vertigo or poor balance. Boyd says they will work with people for about an hour, administering a series of tests to narrow down the problem. 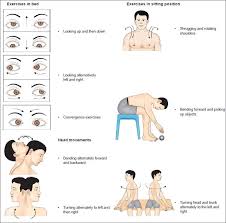 A physiotherapist can manipulate the organ in order to loosen those crystals when dealing with vertigo. If it’s a dizziness factor, then another series of tests can further reveal where the problem lies. For elderly patients it can be related to muscle strength. Those muscles are a factor in being able to keep your balance.

“Definitely over the age of 60 we’re looking at losing about one percent of muscle bulk per year. So, after 20 years you’re 80 and you’ve lost 20 percent. That’s a lot of strength,” he said.

When it comes to athletes who need to keep their balance when doing anything requiring head movement, Boyd says they can train their vestibular system to be very tolerant of head position changes or movement.

“If you take a figure skater, they jump up in the air and spin around three times. Obviously, they’re getting a lot of information from that little organ. But their brain us used to that because they’ve built up that skill over time,” he said. “If you or I did that, we’d get very dizzy and fall over.”

The testing has been around for a long stretch of time, but Boyd says it’s only recently where they have been seeing vestibular dysfunction more readily. He added, concussions have increased the prevalence of these issues but managing concussions has become much better and has placed more light on vestibular problems.

He estimates he does one or two vestibular tests a week with some weeks having three tests done.

“The nice thing is these people usually do get better reasonably quickly because they just need to know the exact thing to do and once they do it and they start to feel better they do it themselves.”

It’s all about the balance.

Jim Claggett - February 18, 2018
0
It was five years ago the idea of hosting the 2019 Canada Winter games was pitched to Red Deer city council. The calendar has...