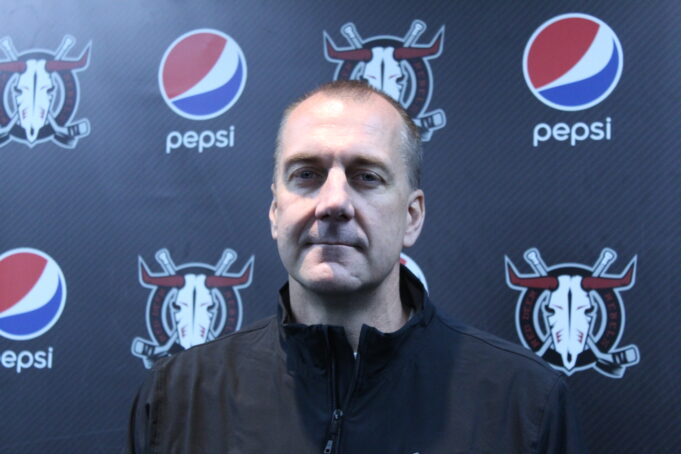 There is a new bench-boss in town, and he is ready to take the reins to guide the Red Deer Rebels in the 2021/22 Western Hockey League Season.

Steve Konowalchuk was hired to take over over from Brent Sutter. The Rebels President and General Manager stepped down April 10th 2021, after logging 15 years behind the bench.

“I’m very excited. It feels like this week is kind of dragging by, you’re getting antsy, players are starting to get in town,” said Konowalchuk during a meeting with the media Thursday morning. “I can feel the excitement of the players which is nice too. I know it’s been a long year for everybody.”

The former Washington Capital and Colorado Avalanche player comes to the Rebels armed with a coaching resume which includes two seasons as an assistant coach with the Avs,one year with the Anaheim Ducks and six years as the head coach with the Seattle Thunderbirds of the WHL where he racked up 219 wins and a WHL championship in 2016/17. 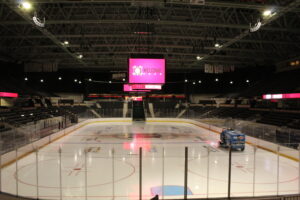 He says the players he has talked to on the Rebels roster are bringing a very positive attitude into the new campaign and a strong finish to last season bodes well for the team. So, what needs to happen in order to follow a similar timeline which occurred in Seattle?

“As far as the players go, we’re ahead of when I went into Seattle” said Konowalchuk.

He added the Thunderbirds team he inherited in 2011 had plenty of older players and as the years went by the team improved each time out. He feels this Rebels team can be a strong group as well but in less time.

He sees some very good competition for positions in camp this year and he likes the team depth right across the board which will create a very competitive camp.

Konowalchuk says his job is to take the positive vibe in the dressing room and bring it to the ice in order to increase the confidence level. How he plans on doing that is embedded in the system he feels this crew can play each night out.

“As far as systems go, I believe every coach is going to have their own system. Now, that being said, hockey is universal. There’s not a lot of changes in systems and structure. You watch one NHL team, in fact I think it’s a little too much a copy cat league. I’ll have my systems. I’m going to bring in my systems that I believe in from Seattle and then on to Anaheim.”

He says they are similar to what Brent Sutter has been running but he will tweak a few things with regard to power play and break out plays.

He admits there is a different feel walking into a Canadian franchise as opposed to an American one but once the season starts that feeling will be magnified.

“We know hockey in Canada is pretty important to everybody but that makes it fun and if you can have some success and you get going it can be a lot of fun for these players.” 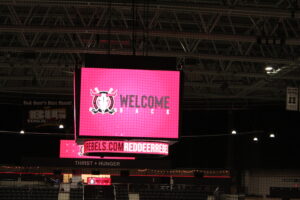 He did spend some time scouting in the NHL for the New York Rangers and he feels that experience will help him behind the Rebels bench.

“I got a text from a friend of mine that I scouted with and he’s like, is it harder than scouting and is it more work? Honestly, I said it is more work but it’s a different kind of work. It’s almost like a puzzle that can become consuming and fun to where you just get into it.”

Time will tell if he has all the pieces to this puzzle.

Jim Claggett - January 16, 2018
0
There were plenty of smiling faces and wide-open eyes Saturday in Red Deer as thousands of people took in the shiny, bright Servus Arena...