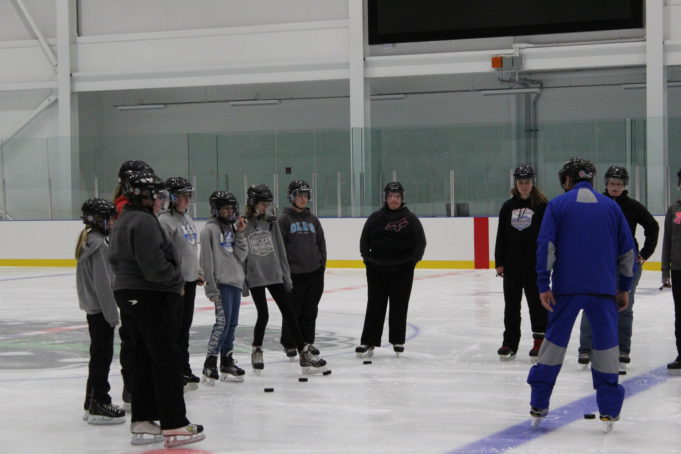 Hockey teams all around Central Alberta are on the ice, working on forming final lineups, getting their skating legs back while sharpening their on-ice skills for the 2018/19 season.

At the same time, officials in the region are in the classroom and on the ice working on their skills for the upcoming season.

One difference this year is the presence of a clinic which is dedicated to the female officials in our region. Veteran officials like Erin Smith and Val Gill like the idea as they both had a different introduction to the world of reffing than these girls are getting. 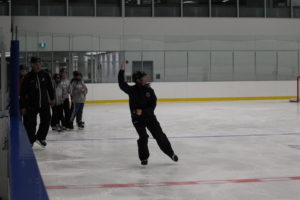 “I was bit lucky when I was younger,” said Smith about her start wearing the stripes. “I was in my small town, so a lot of the coaches are family friends and things like that, so it makes it a little bit easier. They’re giving you a hard time but it’s kind of all in fun.”

Both have played and worked female hockey, but they did plenty of officiating and playing in the male game as they developed their skills.

These young girls today have played only girls’ hockey. And now when they start officiating they have the opportunity to do just girls’ hockey, said Smith.

“It’s a little bit easier stepping into a sport that’s your gender. But as far as how you’re treated it’s really not any different. Sometimes female coaches can give it to you just as hard as male coaches.” 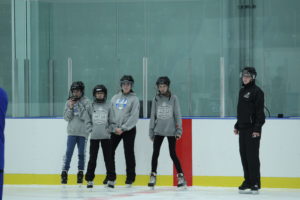 Just like their male counterparts, female refs can advance up the ladder, including by working games involving either gender according to Gill.

“They do use the male side actually to develop females a little quicker because of that intensity and physicality of the men’s game. There’s just a lot more to the game and game management. So being able to stick it out in guys hockey you learn a lot more a lot faster.”

In a sense it’s a type of proving ground for these young ladies as they grow with the game. But many do grow into more advanced levels of the game.

“In the higher levels of the guys hockey, when you see female officials out there you know they’ve got some skill. They’re not out there just because. They’ve earned their stripes so to speak,” added Smith. 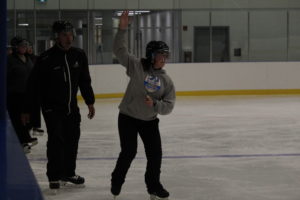 Discussion in the clinic with the young girls looking to officiate games included how difficult it can be starting out. Having to deal with an adult coach, adult fans and sometimes even players who are older than them.

“It’s pretty much learn as you go and you just build your experience. You’re going to make mistakes and learning from them and just having that confidence and willingness to improve,” said Smith. “You’re going to be the only girl in the rink some days, but you’ve got to go and take that experience and learn from it.”

Gill says the level of skill on the female side of the game has improved which is great for these young officials to have to deal with on the ice.

These young girls can build up confidence doing female hockey and then make that move to male hockey which has a more physical nature to it. The body checking adds a different element to the game and the flow of the female game is different, Gill pointed out.

Gill says the three P’s of officiating are what these young girls should keep in mind as they start out. 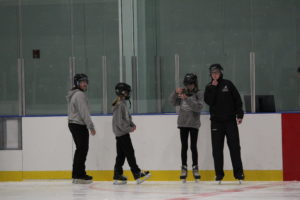 “Preparation, so knowing your rules. Positioning is really important when you’re first learning officiating because that helps with your confidence and then also perseverance. Keeping with it, even if you have a bad game, you make a bad call, just stick with it because it is really rewarding.”

“And it’s good money too,” she added.

Smith says as a female athlete it’s a given you must work twice as hard as your male counterparts to compete and the same can be said for officials.

The advice is the same however- male or female. Stick with it as it’s hard to begin with, like anything else.

“If you have the passion and willingness to improve, it does become easier,” said Smith.

For more information about officiating you can check out the North Central Zone Referees Committee web site http://www.nczrc.ca.

Generals Hungry For Another Cup

Jim Claggett - April 7, 2016
0
The Army is headed east on a mission.The Bentley Generals target is the Allan Cup. “To get so close last year and to lose in...