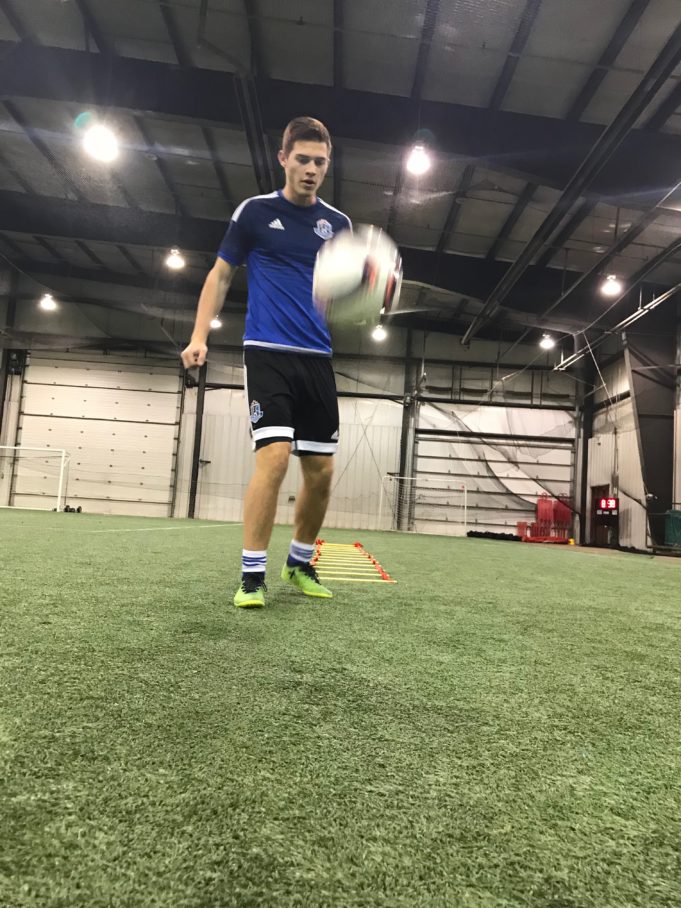 Since the age of three Ajdin Sarcevic has put his best foot (feet) forward when it comes to the game of soccer. Those talented feet have taken him from Red Deer to Edmonton, Denmark, Germany and now to Bosnia.

The nineteen-year-old graduate of the Red Deer Renegades system is now employed as a midfielder for NK Podgrmec Sanski Most in the Bosnian Division II league. It’s the next chapter in a life-long love affair with the beautiful game.

“It’s that passion that most Europeans have for the game,” he said. “It’s kind of like the same passion Canadians have for hockey. It becomes like a lifestyle, so you can’t really picture your life without that sport no matter what level you play at.”

Sarcevic credits his one year at FC Edmonton Academy for exposing him to the professional level of soccer in Alberta which planted the seed of becoming a professional player like his father.

“I was bombarded with professionalism and with the right attitude for succeeding basically.”

He says time spent in both Denmark and Germany helped him grow as a player, but he also took away some life lessons about being away from home on your own at a young age.

He describes his time in Germany as a hit and miss experience of trying to skip a few steps along the path towards professional soccer. He readily admits he wasn’t ready for that and it brought him down a few notches. In both cases though, he advanced as a player learning a little more physical style of play which has helped him settle down in Bosnia.

“This is probably the highest level I’ve played consistently. It’s very physical as well but everybody knows how to play.”

As a teenager taking the field against men Sarcevic said he had to learn how to change his style from the Canadian game he played for so long to the European brand of football. In North America it’s more of a technical style and he felt what was missing from his game was that physicality, he said. 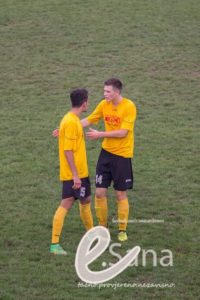 “It’s hard to teach. You’ve just got to go into it like a passion thing,” he said. “With me thrown into that physical environment, something clicked in my head and I said, you’ve got to pick this up. You can’t take half the year, one year, you’ve got to do this right away.” It’s that added I dimension to his game which has helped him get to that next level at such a young age.

He points out how the mental side of the professional game is also different in that you go into each game trying to win at all costs as opposed to the amateur game where playing well, especially at the early stages is acceptable.

Behind the scenes Ajdin had a leg up on the competition in some respects, having a father who played the game professionally. He says it certainly helped during those formative years in the game.

“He would be telling me something and I’m telling him no, I don’t think that’s right when I was younger,” he said. But throughout those years his dad would pass along advice and Ajdin says he would pick it up maybe subconsciously. The advising continues to this day.

“He’s always there to provide feedback and to analyze what I’m doing right or wrong and to support. My parents are probably the biggest supporters I have,” he said.” Some people maybe don’t have that support but I’m very lucky to have it.” 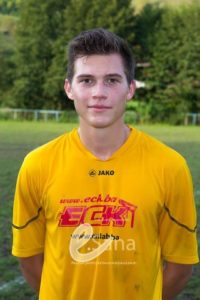 With both parents being athletes Ajdin says he was never forced into playing a sport but instead he was given the knowledge to make his own decision.

“If you don’t want to do something then no matter how much time and effort you put into it you’re not going to be successful at it,” he said. “You need to put yourself into it, basically it needs to become your lifestyle for you to succeed at a higher level I believe.”

It’s a philosophy which appears to be working quite well for him to this point.

Giving Tuesday and Having a Ball

Jim Claggett - November 24, 2015
0
The ball keeps bouncing all over the world for the organization known as The Ball is Round. In about two years of being in...