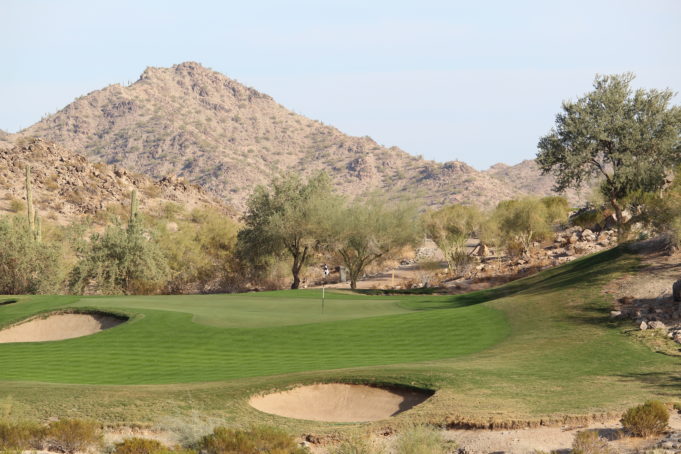 It had been a couple of years since I teed it up to lose some balls in the Arizona desert, more specifically in the Phoenix area, so the 2017 version of the Media Classic was eagerly anticipated and welcomed.

Once again, a gaggle of golf writers from far and wide invaded the West Valley area with the Wigwam Resort our home base. It’s a base which was dripping with history, marking 100 years in existence.

Back in the day the Goodyear Tire and Rubber Company found out using cotton in it’s product extended the life of those tires and so 16,000 acres of land was purchased to grow that crop. Organization House was the first building to go up on the property as a place to stay for suppliers. The rest, as they say, is history.

They have since expanded to several styles of accommodation for vacationers and of course added some golf. 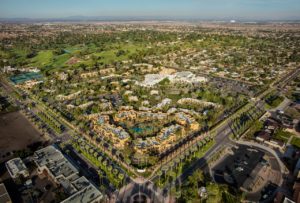 Wigwam is home to three 18-hole golf courses, including two designed by none other than Robert Trent Jones Sr. We managed to hack our way around the Gold Course which gives you that parkland feel while in the middle of the desert. 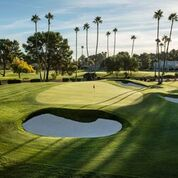 It’s a course which can play at over seven thousand yards and delivers some great holes with greens that are tricky to read but great to putt on.

Even though you are in the desert there is plenty of water on the course to swallow up a ball or two if you are not all that straight. A wayward shot into the trees is not a huge punishment as you have plenty of room to get out onto a fairway. It might not be your fairway but that’s nit-picking.

The Golf Club of Estrella is a Troon Golf property designed by Jack Nicklaus and it’s plunked down along the foothills of the Sierra Estrella mountains. The elevated tees give you a great view of those mountains along with where you need to hit the ball. Now if you do stray from the fairway the rough is cut short enough to not penalize you too much. 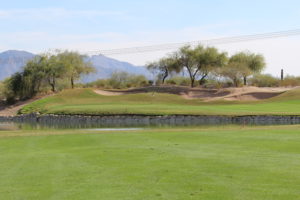 This is a straight-forward test of golf which will allow you to try each club in your bag, at least once during the round. For some of us it was the same club, the same shot and from the same location.

Verrado Golf Club Founders Course was on our list and the design brought to life by John Fought and Tom Lehman can be found out in Buckeye, AZ.

Wide fairways and some rugged landscape are what greets the golfer at this course in the White Tank foothills. There was a definite slant to one direction which made putting both a touch easier at times and challenging on occasion (at least in the group I was playing with it seemed to play out that way). 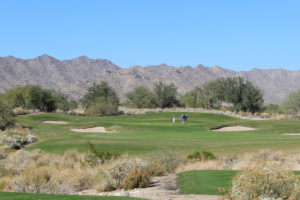 A couple of the par threes gave you a test as they are not exactly enormous greens to hit and there is certainly some break on almost any putt. Below the hole was the best advice we received from the starter that day. He seemed to be under the impression we could control our distances enough to achieve that but there was the occasional well-placed shot.

We ended the West Valley Media Classic with a round at the relatively brand-new Victory Course at Verrado. It came on line in January of 2017, but the official opening was in the fall of last year. Tom Lehman has his hands on this design which was somewhat stark in comparison to the Founders Course.

There are some very large rock outcroppings which give it quite the contrast to the wide fairways and greens. You do have some blind shots to deal with and I found those shots would have been better with some indication as to where a safe landing area was. For the most part you had all the direction you needed right in front of you so those few blind shots were not a big deal.

The closing hole is one where you need to snap a picture of as it’s quite the view from the back tee and gives you an interesting par five test to close your round out. 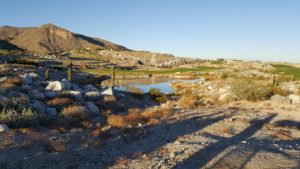 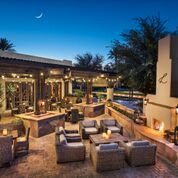 Having the Wigwam Resort as our home base was a real treat in my mind. There are plenty of pictures from back in the day to remind you of the history there and Litchfield’s restaurant served up a memorable feast of surf and turf.

If you wanted more of the pub fare with a great selection of brew, Red’s Bar and Grill delivered and you could also devour a solid breakfast buffet which had all you needed to start your day.

So if Arizona golf is on your mind these cold winter days, I suggest you check out the West Valley region and take in all which the Wigwam Resort offers.

Growing With The Game

Jim Claggett - July 30, 2019
0
Golf is a game for life. It’s the mantra of many a golf club or association and the most recent example of this playing out...