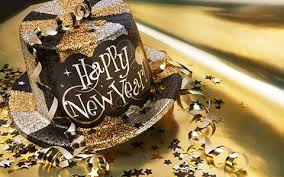 Another year has slipped past us meaning it’s time for this scribbler to offer up some sage advice to people in the sports world to make 2018 a better year, not a bitter one.

Let’s start with the CFL and commissioner Randy Ambrosie. It’s time for the former player to admit there is a connection between concussions and CTE. I know the league lawyers don’t want to pay out the potential lawsuits but what is at stake here are lives. Let’s get moving on this.

While you are at it Randy, maybe think twice about your latest decision to allow Hamilton to offer a contract to the train-wreck known as Johnny Manziel. Remember Art Briles-the former Baylor coach who was in charge while members of his team were committing sexual assaults. Hamilton dropped him like a bad habit due to the backlash. Manziel has a substance abuse record and a domestic assault beef after an issue with his ex-girlfriend. Second chances are fine, but Johnny Football has had more chances than a cat has lives. Maybe he can wait for Vince McMahon to revive the XFL so he can play. He would fit nicely into that sideshow.

The Canadian Press voting panel may need some help next year when voting on the athlete of the year. They seem to have missed the mark in 2017.On the male side they went with tennis flash Denis Shapovalov. His 15 minutes of fame was enough to convince the voters he was deserving of the award. There’s no doubt he took the tennis world by storm, but the fact is, he never won anything as far as a tournament. In fact, his singles record wasn’t as good as that other Canadian tennis guy, Milos Raonic.

Cincinnati Reds first baseman Joey Votto finished third in the voting and all he did was have 179 hits,36 home runs, 134 walks and less than 83 strikeouts in the past MLB season. You know who else has done that-ever? Only Babe Ruth and Ted Williams.

On the female side of the voting Brooke Henderson was the winner and it’s tough to argue the choice as she has been solid. Brooke has been a great representative on the world stage. However, I couldn’t have argued if curler Rachel Homan was named the winner. All she did was become the first curler in two decades to win the Scotties, the World Championship and the Olympic trials in the same year. Not bad but apparently not good enough to even get one vote from the panel!

The recent World Junior Hockey tournament should learn from the Canada/USA outdoor game and not do this again. Bad ice, poor camera angles for tv and a much slower game meant we did not see the best from these teams. Sure 45,000 people braved the weather and the defenders say the game got exposure. Last time I checked Canadians and Americans (especially those in that region) are pretty much up to date about hockey these days.

It’s time to remove video challenges from football, baseball and hockey. If you must slow down the video to a frame-by-frame examination, then what ever you are looking for is not worth finding.

Congrats to golf for removing the phone calls into tournaments to call violations on players which the naked eye couldn’t see but the camera could (again with the frame by frame garbage). Now get rid of the stroke and distance penalty for a lost ball. Drop one as close as possible to where it entered Never, Never Land and hit your next shot with the penalty. No more provisional ball and no more trudging back to the tee if your forgot to hit a provisional. Remember, while we’re young!

Hope all of you have a great 2018 and I look forward to using my crayons to scribble out some more stories in the next 12 months.

Cam Moon: On The Air-Part One

Jim Claggett - April 19, 2018
0
They are called picklers and it has nothing to do with canning cucumbers after a summer harvest. These picklers are a part of the tsunami...