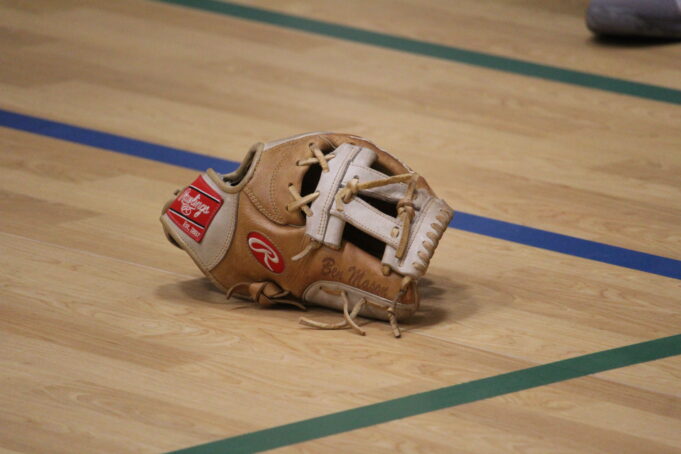 It was a showcase of talent for members of the St. Joseph Baseball Academy in Red Deer and the kids were happy to put their skills on display. The pro-style camp covered all aspects of the game-running, fielding, throwing and hitting. 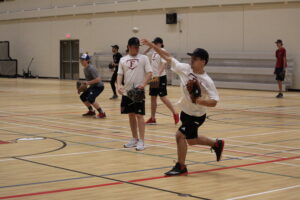 The added feature however was who was watching these players strut their stuff.

“We brought up six coaches out of the U.S. and pro scouts and a couple of our Alberta colleges as well,” said Scott Murray, director of the academy.

Along with the University of Calgary and University of Lethbridge on hand, coaches/scouts from Colby Community College Kansas, Whitworth College in Spokane, Montana State in Billings and the Northwest region scout for the Arizona Diamondbacks were in attendance. 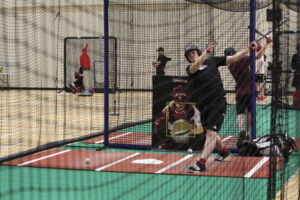 Aquil Samuel, who represents the new Sylvan Lake franchise of the Western Canadian Baseball League was helping as well. Murray says once these players are done with their college careers it might be nice for them to come back home and play in the WCBL at some point.

But on this weekend, the root of the event was exposing these players to different baseball programs and allowing the scouts to see if any of them are a fit, said Murray.

They held a similar event last year, but it was more of an open camp because the academy had just begun operation so there weren’t a lot of players to attend.

“This year our numbers have doubled, so it’s pretty much our own kids here and we have a handful of kids thinking about joining the academy maybe next year to see if they like what they see (about the academy),” said Murray. 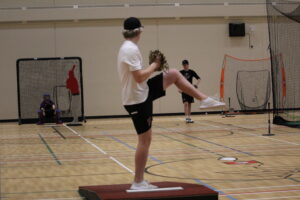 He says this event is good for the Grade Ten and Eleven players who get to see just how hard they need to work to get to that next level.

For Carter Claerhout it was a great opportunity for the Midget AAA player to be in front of these baseball people, and he admits there was a mix of excitement and nerves heading into the day. 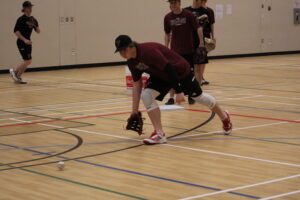 “There’s always other opportunities out there in my opinion,” said Claerhout, a 17-year-old student at St. Joseph. “If you do bad in this, just go out and give your best at the next one.”

Murray confirmed this wasn’t a one-time audition for the players which relieved a bit of the pressure.

“The coaches know Jason Chatwood (Academy instructor) they’ll be talking to him as well. We can send videos to these guys,” said Murray. “We basically told the kids to just go have some fun, do your best today and don’t put pressure on your self. You’re going to get lots of swings, lots of ground balls and there’s going to be lots of guys watching you. It’s just part of the training.” 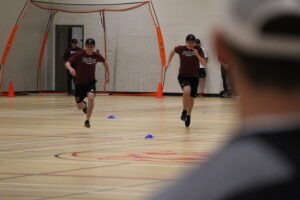 This is something which can raise the profile of the academy so those numbers which doubled in one year may grow again.

More players might mean more scouts and more opportunities. That’s a win for everybody.

Riggers Gearing Up For Playoff Run

Jim Claggett - August 1, 2015
0
The Red Deer Riggers are in a familiar position at the end of the Sunburst Baseball League regular season. First place was locked up Tuesday...