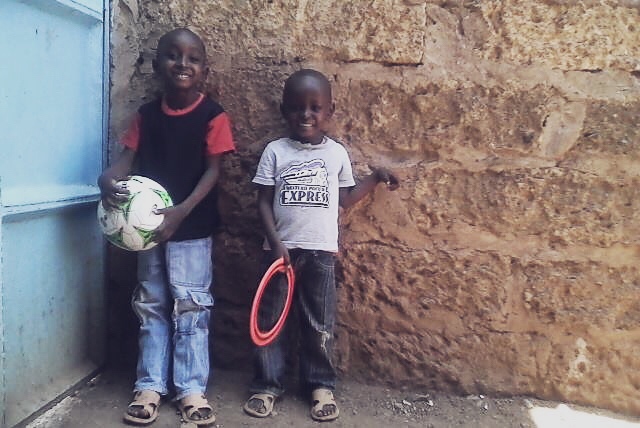 The ball keeps bouncing all over the world for the organization known as The Ball is Round. In about two years of being in existence the group has arranged for more than 300 soccer balls to be delivered to kids living in parts of the world which are in love with the beautiful game.

“We’ve recently been giving away lots of other equipment,” said Nick Moskaluk, a former Red Deer College soccer player who operates The Ball is Round. “Jersey’s, shirts, shorts, shoes, pinneys, that sort of thing.”

But it’s the soccer ball which is the identifier for this group which can bring a smile to a child’s face with the simple gift of a ball to kick around. 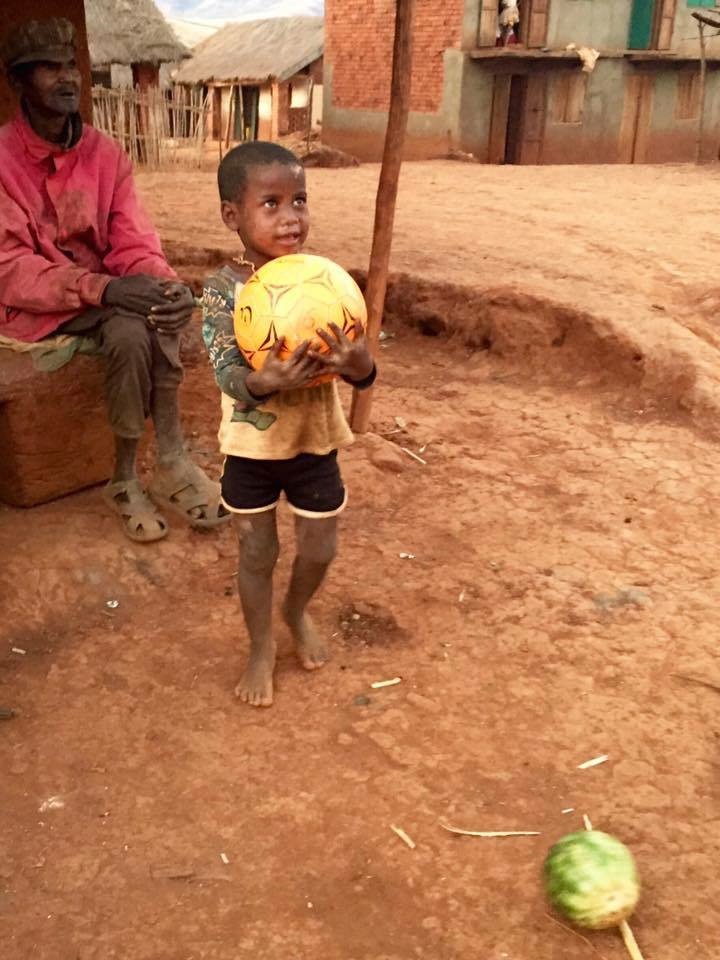 “March was the craziest month we’ve had to date. We connected with five or six private schools in Calgary and they were doing volunteer trips. We had one school take over 100 soccer balls and a bunch of other equipment to three different countries.”

An important date is on the horizon for the group. Giving Tuesday rolled around for the first time in Canada last year and it allowed The Ball is Round to double its efforts to donate soccer balls.

Giving Tuesday, December 1st, comes hot on the heels of mega-shopping days Black Friday and Cyber Monday, and it does have an impact on many groups over a single day.

“For us, we’re not a big non-profit so when we can bring in 100 donors at ten dollars a donor then we can giveaway 100 soccer balls and other equipment”, he said. “As more people hear about Giving Tuesday it will only get better for more charities.”

In a nutshell Giving Tuesday is to non-profits as Black Friday and Cyber Monday are to the retail world, offering up day where you can support your favorite charity through donations or volunteering.

There are thousands of groups on the Giving Tuesday roster where you can view their profile to see if it’s something you might be willing to help in some way.

The Ball is Round keeps it simple for donors who may be swamped with choices for their charitable dollars. Ten dollars is enough to send a soccer ball somewhere in the world where it will make a difference in a young person’s life.

The process is a simple equation of matching up a traveler heading to a foreign country, with a soccer ball.

“If it’s one ball or ten or 100, however many someone wants to bring we’ll get them the soccer balls to take with them,” he said. “Some are used balls, some are new.”

The used balls being sent down are still in very good condition as they have been used indoors in a gym or just one grass so there is still plenty of kick left in them, said Moskaluk.

It’s also a source of pride when a club team donates a soccer ball to the cause and they see a picture of kids playing with it thousands of kilometres away. 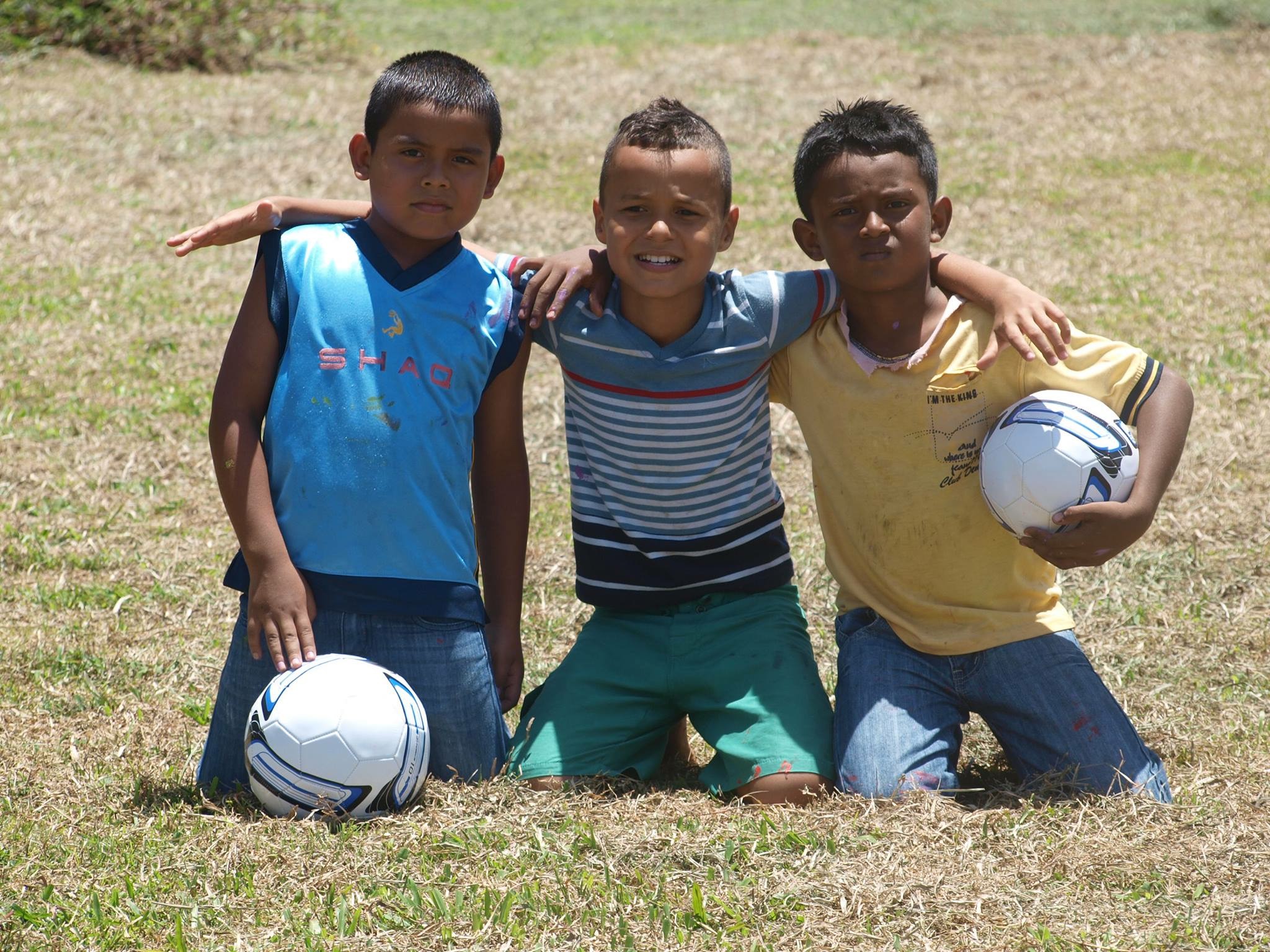 “The clubs really think it’s a great thing because they’ve found a second home for a ball that otherwise would have sat in the equipment manager’s basement for how long?”

Instead those soccer balls are in the hands of young boys and girls who treat the ball as the most important thing in their world.

“I’ve always said it creates a quality,” said Moskaluk. “You have a marginalized group of people who work in squalid conditions and are seen as less than by other people in that society and then as soon as you give them something other kids have then it’s , yeah you can come play with us, you have a soccer ball or you have a jersey.”

Soccer is the most popular sport around the world and so it’s no surprise The Ball is Round has sent packages to almost 30 countries across the globe.

“Even if it’s one ball it can make a difference. That child has a new ball but it means that 20 or 30 of his friends can now play whenever they want, wherever they want, anytime they want because they have that ball. They’re not kicking around a melon or plastic bags or tape or cans. That ball lets them do what they love.”

You can be one of those people who can supply a ball by taking part in Giving Tuesday and donating. For more information check them out at theballisround.ca

Imagine the smiles you will bring.

Jim Claggett - January 5, 2018
0
Since the age of three Ajdin Sarcevic has put his best foot (feet) forward when it comes to the game of soccer. Those talented...