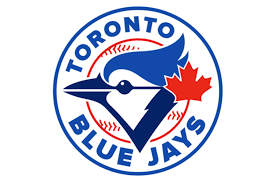 Emergency departments around Canada are busy lately, dealing with Toronto Blue Jay fans who hurt themselves jumping back onto the team bandwagon.

The catalyst for all of this is the arrival of what appears to be the future of this team in the form of several young players who fit like a pair of comfy shoes.

When you check the latest lineup card Charlie Montoyo submits at home plate you can’t help but get excited when you see Bichette, Biggio, Guerrero, Gurriel and McGuire penciled in. Next season those names may be written in pen because the core is those kids.

I admit I was one of those who watched the Jays at the start of the season to see what they offered the fan and after a month or so, I didn’t like what I saw so other programs caught my eye instead.

I tuned in to see young Vladdy Jr. because of the hype and then really got interested once Cavan Biggio and Bo Bichette joined the fray. You can also include catcher Danny Jansen and newly acquired outfielder Derek Fisher in any future conversation.

There is a palpable feeling of energy when these kids pick up a bat or take the field to make a defensive play, something which has been missing since the Jays playoff run in 2015.

I know it’s early and it takes months of playing at the MLB level to really get a handle on what you have in a player but damn, they are fun to watch!

I could trot out all the stats on them to this point, but just watch how they handle themselves on the big stage and you’ll see they belong.

Are they going to make mistakes on the diamond? Of course, but they appear to have the ability to learn from those mistakes and then make amends with a great play or timely hit.

It was interesting listening to the Jays front office talk about what the future holds and instead of trotting out the rebuilding theme song, the tune sounded more along the lines of winning-and winning soon.

Those are bold words from a team which has a gaping hole in pitching, but the Jays claim they have about 20 players in their system who check all the boxes for being an MLB pitcher-and a good one at that.

Jacob Waguespack, Sean Reid-Foley and Ryan Borucki are young arms with some proven experience against big league hitters. Down on the farm, Nate Pearson is generating similar buzz.

Another reason to be excited is the Jays front office talking about spending money to grab a proven starter to throw in the mix. If it’s not another reclamation project like Clay Buckholz fans will not grab the torches and pitchforks to march down to the office.

This of course is all speculation which is a big part of sport, but it has lit a spark in my interest in the Blue Jays and the kids are to blame. Their play and presence is infectious and I don’t want an antidote. Give me more!

I can’t wait to see them grow up. You are getting a look at the future, right now and it looks good so far.

Jim Claggett - April 18, 2016
0
You might have heard at some point about the crisis known as the “brain drain”. Canadian companies  concerned about really smart home grown talent...