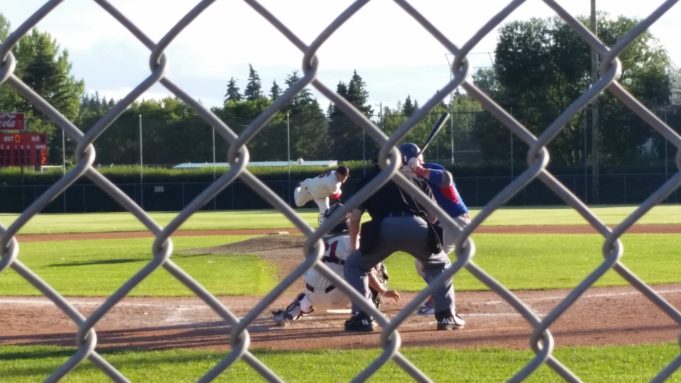 The Red Deer Riggers are in a familiar position at the end of the Sunburst Baseball League regular season.

First place was locked up Tuesday after a convincing seven inning 13-1 win over the Confederation Park Cubs.

But reaching that spot was not as easy as it may have been in years past as the league has steadily become more competitive.

Many teams are reaching out to players in their late teens and early 20’s to fill their roster and there are a lot of good ball players in this province which makes for a better league all around, he said.

The Riggers clinched a home field advantage which is an important part of the winning formula for many teams no matter the sport. Especially, it seems,  in the working man’s senior baseball league.

“ Well there is always a little bit of trouble sometimes getting them off work in time to get to the park for game time,” said Bailey.“ And we like playing here in front of our fans so it’s a big deal.” 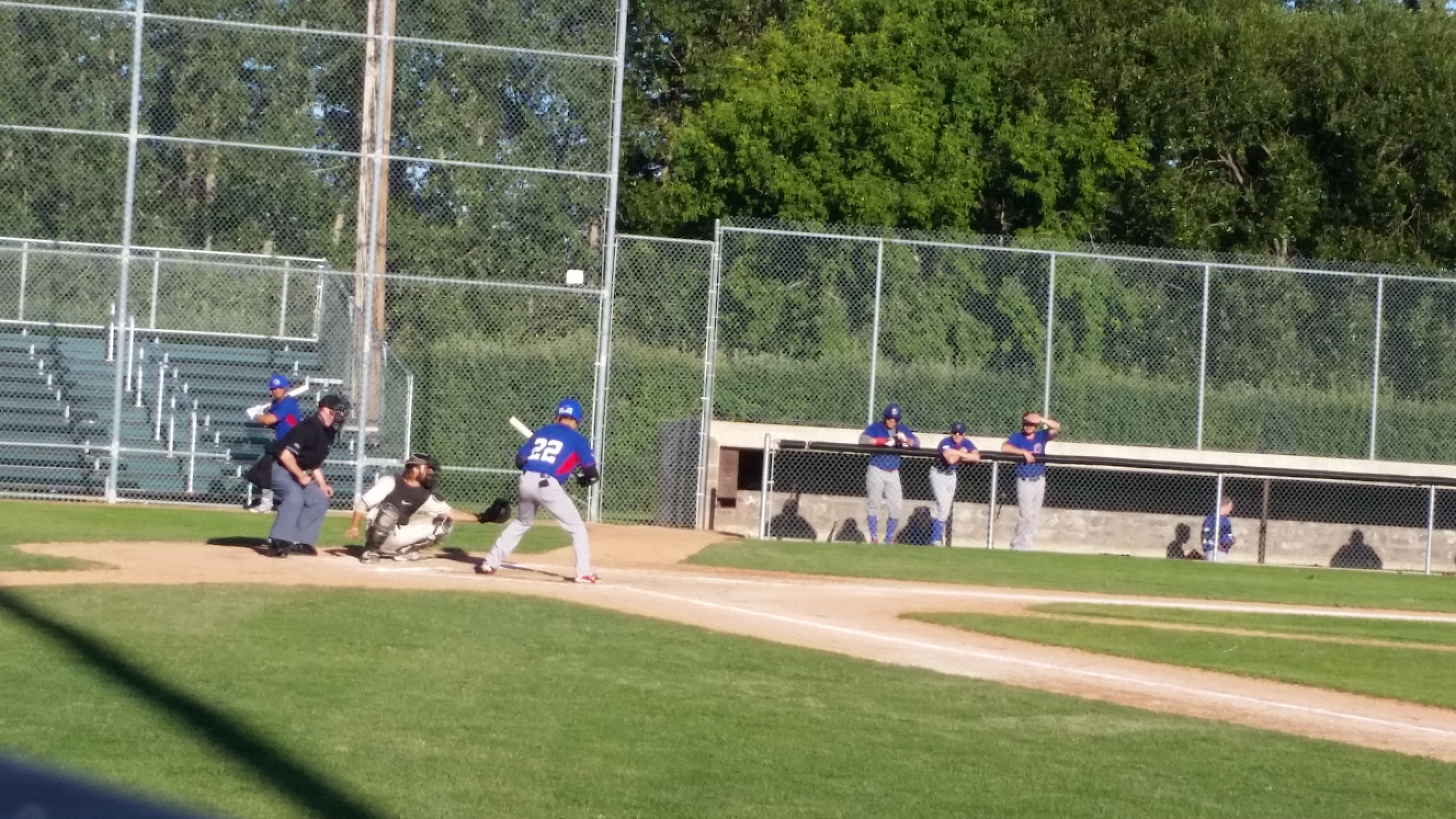 The Riggers will face the Cubs in the first round and they go into the series with a very healthy lineup.

Pitcher Josh Edwards missed most of 2014 with injuries but Bailey says he’s been coming along just fine this year with three solid outings as the season wound down so that bodes well for the Riggers pitching staff.

The recipe for success according to Bailey is for the team to keep doing what it does best and they should move on to the next round against either Sherwood Park or St. Albert.

“ Aggressive at bats, disciplined at bats, good base running so that we can take some extra bases when we need it and if our pitching keeps us in the game we can do well.”

At this point in the season there is more tweaking and fine tuning going on as the teams see each other so often in the five member league there are really no big surprises to game plan for.

“It’s funny, you play these games (regular season) and without even saying anything the outfield automatically shifts,” said Bailey.

The abilities are probably about the same in the league so the winning edge may just wind up being which team has the most heart, he said.

“ I think the big thing is, do these guys have what it takes to win? Are they going to go deep in a game and not give up? If we can do that we’re going to win more games.”

It will be a real team effort for the Riggers to advance this year and the team seems to be setup to do just that.

Bailey says the pitching staff has been solid all year long with Josh Edwards, Dustin Northcott and Davin Gulbrandson keeping opposing batters in check and offensively the Riggers have been swing the bat really well all year.

“ If everyone starts , I don’t want to say peaking but you know, stays consistently strong I think it takes away the pressure of relying on one player.”

The other series has Sherwood Park hosting St. Albert. The Riggers best of three series starts August 4th at Great Chief Park with the first pitch at 7:30.

Jim Claggett - September 30, 2019
0
What is wrong with Major League Baseball? It’s a deep question which can’t be answered easily but here are some thoughts on the matter. Now there...