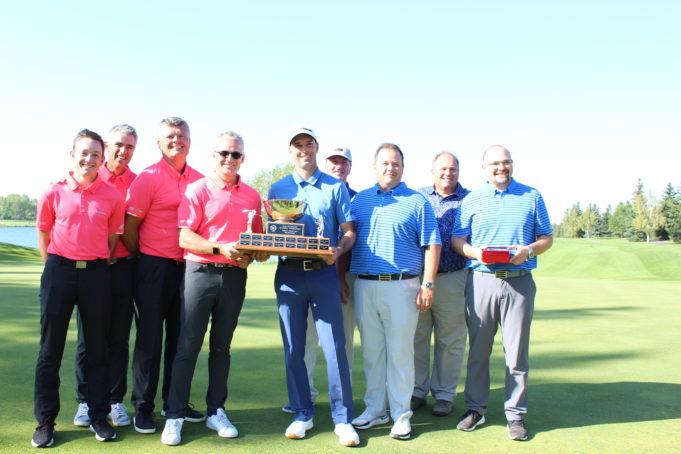 The fourth time was the charm for Wes Heffernan as he left no door open long enough for someone to sneak in and hand him a case of déjà vu again.

Heffernan followed a course record 63 at River Bend G&RA with a solid 67 to win the PGA of Alberta Championship by four shots over his nearest competitor, David MacComb from the Black Hawk Golf Course. 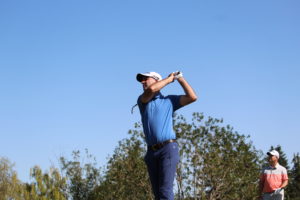 “This is my fourth year playing this event and I’ve finished second the last three years, every year by one shot,” he said, savouring the victory. “I’ve had a lot of second place finishes the last three years and a lot of that has to do with Riley Fleming and Dustin Risdon playing some really good golf.”

Ninety players teed it up over two days of great weather and playing conditions at River Bend and Heffernan said it was great to see so many players playing well and pushing each other.

“The scores were crazy all this week.”

At one point with most players on the inward nine, four golfers sat at -10, including Heffernan but then he found another gear.

“Yeah, ten guys within three shots and then I went eagle, birdie, birdie and then I kind of pulled away a little but David hung around there,” he said.

Heffernan says it’s tough to follow up such a solid round as his 63 and it showed as he got off to a slow start but that may have ignited the fire.

“Maybe that helped me. Maybe just starting off poorly kind of gave me a kick in the butt to get going. It’s definitely harder to lead than it is to chase so a lot of the low rounds I’ve shot this year I’ve been chasing somebody.” 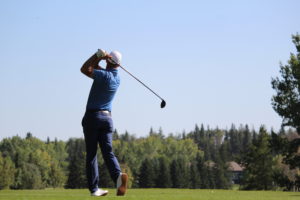 He says his round was not a defensive one because he knew somebody could get into the zone and start putting up some great numbers. There were a few challengers but they just couldn’t catch the smooth swinging Heffernan representing the Dynamic Motion Golf Performance Centre in Calgary.

Playing in an event with his peers, Heffernan says you must be sharp and shoot 66 it seems each day in order to be the winner. He says a two-day tournament means you can’t have a bad day and you just treat it like a one-day event-shoot as low as you can and hope it’s good enough.

Well, a 130 two-day total was good enough to take home the hardware and a cheque.

“I haven’t won big events since I started playing with the PGA so it definitely means something special.”

For results go to www.pgaofalberta.com

What Do You Know About Alberta Golf?

Jim Claggett - March 29, 2018
0
Spring is a time for planting seeds and patiently waiting for something to grow. Alberta Golf recently used the annual PGA of Alberta Golf shows...