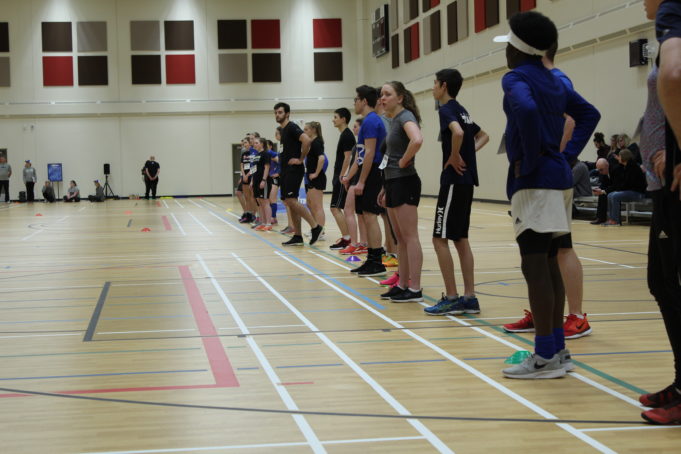 Groups of athletes of varying ages ( 14-25) and abilities descended on St. Josephs High School in February to show what they’ve got.

The RBC Training Ground setup in the region and it was well attended.

“We have just under 100 athletes registered which is fantastic,” said Miranda Sallis with the Canadian Sport Institute in Calgary. “We are looking at talent identification and talent transfer.” 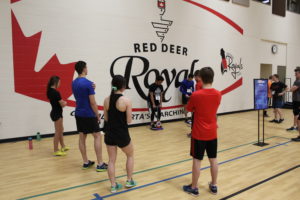 Doing the looking were representatives from several national sports organizations. The potential Olympians were tested for their speed, strength and endurance. Data is then collected from those performances and placed into a pool. 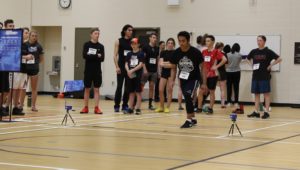 In a nutshell, the top performers at this event will be chosen to attend another camp in April as sports organizations across the country look for those special athletes who may stand on the podium wearing the maple leaf one day. It’s a sort of a sports version of a talent search.

This is year number three for the training ground program nationally, the second for an appearance in Alberta.

“Each year just gets a little bigger and with the Olympic just wrapping up we’ve had really great exposure,” said Sallis.

On hand to motivate the athletes was Canadian Olympic bronze medalists Kirsti Lay. She won her medal at the Rio games as part of the team pursuit cycling. She is a great example of that talent transfer aspect as she went from being a speed skater to a cyclist and she shared that message. 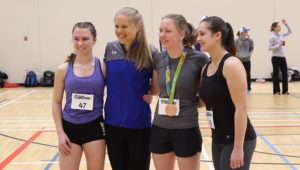 “Just give it your best shot because you never know what sport is out there for you and what could be your best fit,” she explained. “I never anticipated being a cyclist, I always dreamed of going to the Winter Olympics and now I’m a summer athlete with an Olympic bronze medal, so I think this opportunity is amazing.”

Not all these athletes will make the grade but Lay says it’s a very good experience for them to put it all on the line, see how you measure up and just get out of your comfort zone.

Faster, Higher, Stronger. Who knows how the Olympic motto will apply to one or more of these Central Albertans.

A World Of Sport

Jim Claggett - September 19, 2018
0
This past summer there was an event in Red Deer which may have flown under the radar of most people in Central Alberta. It’s billed...