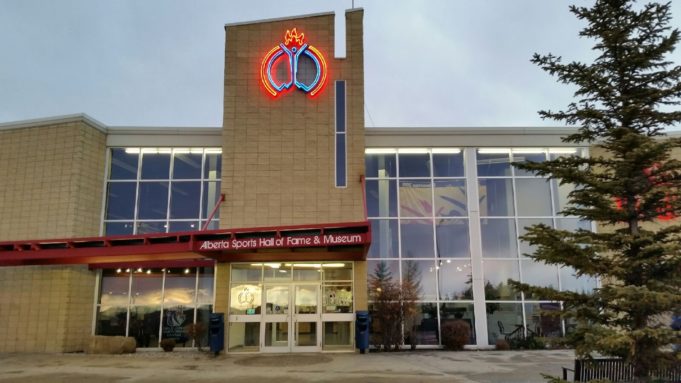 The Class of 2018 for the Alberta Sports Hall of Fame features a pair of classy Central Alberta women.

Leighann Doan Reimer who played high school basketball in Stettler went in as an athlete and journalist/broadcaster Diane Finstad was the Bell Memorial Award recipient for her work reporting on all things rodeo. One thing the pair has in common is roots which were planted in a small community. 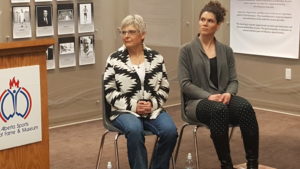 “I grew up on a ranch and went to rodeos when I was just knee-high,” said Finstad who calls the community of Manyberries, Alberta her original home town. “In fact, my grandpa took us every year to the Medicine Hat Stampede and I probably still have programs around and I kept track of the results way back then.”

Growing up in a small community was something which played a large role in the life of Doan Reimer moving forward.

“If you don’t find something to keep you busy there’s trouble to be found there,” she said. “From a young age I got involved in sports. I live in a small town now, I grew up in Three Hills and I see the same thing-get the kids involved in sports from a young age. Whether they excel at it or even continue to do it later in life I still think it’s important to learn some basics and get active.”

Finstad said technology was the biggest change in how she did what she did, recalling using a typewriter to craft her stories to begin with. It’s those stories however which have kept their common thread despite technological advances over the years. 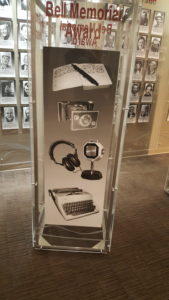 “That’s what I like the most. Cowboys are great story tellers because they can spin a tale like no one else and when you can pull out that good comment, you know it can take some work to get them to sometimes get them to share things, digging a little bit and I learned that from a former Bell winner, Dwayne Erickson.”

She says while her athletic career wasn’t as deep as some currently in the hall she does credit her team sports experience for helping her in her broadcasting career which began at RDTV.

“Television is a big team work effort. Sure, I was the one in front of the camera but how many people worked behind the scenes to help make it all happen, the producers and directors. They were all part of a team. Those were lessons I learned through team sports that served me well in my career of reporting.”

Leighann Doan Reimer said she has now become a promoter of sports after many years as an athlete. She had a sparkling career with the University of Calgary Dinos, ending her five-year stint as the all-time leading scorer with 1,958 points and a 2001 CIS Athlete of the Year award, among other honours.

“I still have that desire to be in the gym competing and playing but now I’m coaching my daughter in junior high basketball and giving back to the community that gave to me,” she said. 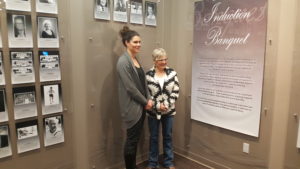 This latest honour caught her by surprise. She said she missed calls from someone at the hall and just figured it had something to do with her brother, former NHL’er Shane Doan.

Now as a coach she has her eyes focussed on other areas, feeling there is a lot of pressure on young athletes to pick a sport and specialize at it all year round.

“We still need to promote athletes in general. Play lots of different sports and it’s really important to have fun with it. When we put so much pressure on them it’s not fun anymore and they’re not going to continue to do it and not going to enjoy it,” she said.

Needless to say, both inductees have had fun with what got them into the Alberta Sports Hall of Fame and they are a perfect addition to the class.

Jim Claggett - April 3, 2019
0
Someone long ago was once quoted as saying records were made to broken. No,this person was not an angry music critic back in the...