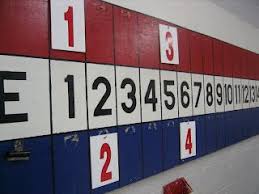 It might be difficult for some to believe, but when curling first showed up as a sport at the 1924 Winter Olympics in Chamonix, France, they battled for 18 ends to determine a winner.
Eight years later at the games in Lake Placid the powers that be trimmed the game to 16 ends, and you could hear the leads and seconds breathe a sigh of relief. Remember, they were working a corn broom for all those ends.
The sport downsized to 14 end games at the Canadian Men’s Championship in Toronto for 1927 and the next year it dropped by another two ends to sit at 12 for about five decades. 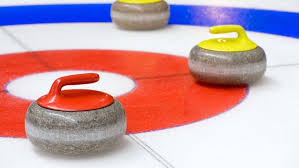 Ten end games at the men’s championship became the norm during the 1977 season and that number has stuck for now. The Tim Horton’s Brier, the Winter Olympics, the Scotties, provincial playdowns and world championships are all ten ends to determine a winner.
Curling leagues around the country all play eight ends so it’s just the big boys and girls who rock the house for ten ends at those high-profile tournaments.
The very traditional game has undergone equipment changes over the decades, but another change is looming-a switch to eight ends for those above events.
From a player’s perspective it means a little less wear and tear on the body. From a spectator’s viewpoint it means spending less time at the rink because games won’t be as long.
But there is another faction of the game which views the move to eight ends as a good idea-the ice maker.
‘Eight ends are easier for us to maintain the ice for them (curlers),” said Wade Thurber, the ice maker at Red Deer’s Pidherny Curling Centre. “What people don’t maybe realize is the teams get ten minutes each to throw rocks before the game. That’s almost two ends of curling right there and then they play their eight ends.”
Add to that extra ends needed occasionally, and Thurber says it all makes it harder to keep that ice keen.
“I’m a senior now so eight ends are all I want to see,” he added.
As a televised product, ten ends just might be too much curling for the average fan to consume.
“When you watch a ten-end game, it typically seems like there’s a couple ends they just burn anyway because of the time clocks,” said Thurber. “Eight ends just kind of forces the guys (and girls) to get at ‘er so I would be in favour of eight ends.” 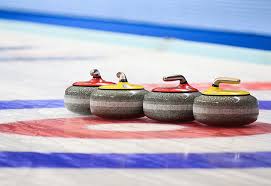 The Pidherny Curling Centre is home to a World Curling Tour event where all games are eight ends and it is much easier for teams to play three games in a day under that structure, said Thurber.
Some feel a ten-end game would favour a stronger team because they may be more fit. But Thurber says at that level most players are in very good condition so that’s not an issue. There is a little different strategy however, he said, recalling an interview with Wayne Middaugh when asked about ten end games.
“He said we go right after teams the first four or five ends because the ice was good. The last four or five ends it wasn’t as good, but it’s easier to throw hits.”
There are the traditionalists who will cling to ten end games but most of the high-end curlers in Canada feel it’s time for a change. The prevailing line of thinking is if you want to attract younger players, the game needs to be shorter.
The World Curling Federation recently discussed the idea at its annual meeting this past September, but they delayed a decision on the matter until the next get together in 2020.
With most curlers playing eight ends these days, it’s just a matter of time before a consistent length of the game comes into play. Thurber believes it will be better for the sport from all vantage points.
“If you want to see world class curling, you’ve got to give them good conditions and eight ends is better than ten.”
Yep. Eight is enough.

Curling Academy Is In The House

Jim Claggett - February 19, 2017
0
It’s déjà vu all over again for the curling teams at Red Deer College as the men’s, ladies and mixed squads will be involved...