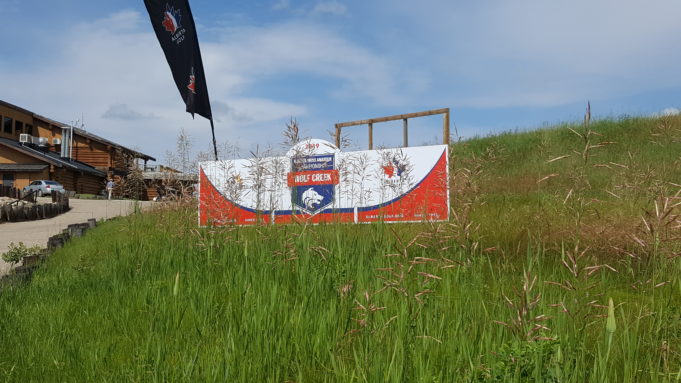 Golf is a game for life.

It’s the mantra of many a golf club or association and the most recent example of this playing out came during the 2019 Sun Life Financial Alberta Open at Wolf Creek Golf Resort.

Two players part of the field which teed it up on the first day were writing a different chapter in their golf manuscript.

For Howard Braun, this was another in a long list of provincial championships the 71-year-old from Earl Grey in Calgary has played in. He was the oldest player in the tournament, but he claims he never feels that way.

“That’s why I like playing in these things because you play with younger people all the time, or most of the time. It keeps you young,” he said. “I played with two young guys today and they were wonderful. My eyesight isn’t as good as it used to be, so they helped me around the course.” 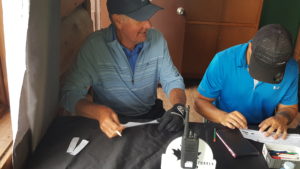 He added playing with the “kids” helps keep his game sharp for the multitude of senior events he enters.

For Braden O’Grady, this was his first Alberta Open and the 15-year-old from the Edmonton Petroleum Club (he turned 16 during the tournament) was the youngest player in the large field. He claims it has very little impact on how he plays.

“I don’t worry about what anyone else is doing, just focus on my own game and stick to the game plan,” he explained. “I think it’s almost less pressure because I don’t think anybody really expects me to do anything as the youngest player in the field, so I just go out there and have fun and play my own game.”

Both players entered the sport through different doors: O’Grady followed the traditional parental influence to play the game. 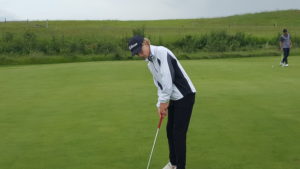 “I’ve always been golfing since a young age.My dad was a big golfer and I never really took it seriously until about three years ago so that just brought me here to where I am today,” he said.

For Braun, it was a different entry level for the former squash and tennis pro from New Zealand. He was offered a job in Calgary in 1979 and up to that point he had just dabbled in the game of golf.

“I started getting interested in golf and started playing when I was about 40 years of age. I did play a bit as a kid, but you know, I might play four or five rounds a year because I was more interested in tennis and squash,” he said. That has changed as he does head south for the winter where he plays four or five times a week.

Braun says he sees more young players who are benefiting from a golf coach these days and he’s even had some direction given to him over the years. He has also bought into the technology advancements over the years but there is still some old school evidence to his game.

“I use the range finder, but my clubs are six or seven years old. I don’t change often. I’ll probably get a new set this year,” he said. “Drivers I think can help.”

O’Grady says he learned the game using basic hard work to get better.

“I never really had a coach growing up, so it was a lot of working things out on my own and trying to figure it out. Lots of short game work, chipping, putting,” he said.

As far as technology, he’s somewhat along the same line as Braun.

“Not a ton of technology. I just started working with Trackman with my new coach last winter. It was the first time I used Trackman.”

He says it has helped him, but he doesn’t want to get too immersed in the numbers.

“I think you can get just number focused. A lot of it I find is just feel,” he said.

Braun missed the cut at the Open and O’Grady did make the grade, but Mother Nature put the brakes on any more golf that week at Wolf Creek Golf Resort. It likely won’t be the last provincial championship for either player.

Even though both players arrived at this point taking different paths, the common thread is each has a real appreciation for what the game brings them, no matter what the score on the course.

A game for any stage of your life.

Antigua Can Dress You For The Course

Jim Claggett - January 27, 2018
0
There are plenty of great sayings about the game of golf including this one which applies to basically all level of golfer. "If you can’t...