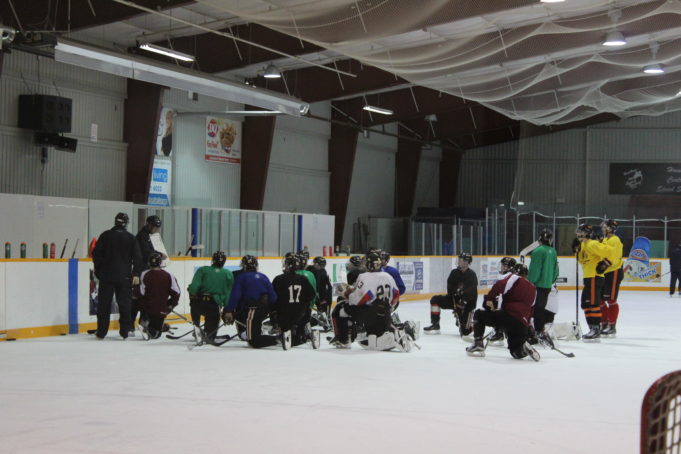 This will be the seventh trip to the Mac’s Midget AAA Tournament in Calgary for Doug Quinn and the Red Deer Optimist Chiefs coach likes what the week-long event delivers.

“It’s actually a good opportunity to see how you measure up against some of the better teams, not only in Canada but also some of the European teams that come over,” he said. 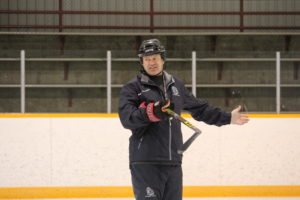 Quinn says this is always a tough tournament and getting off to a good start is of the utmost importance. Easier said than done as teams are coming off the Christmas break from their schedule and of course there is the celebration of the season which includes plenty of food.

The Chiefs bench-boss says the mindset going in is to make it to the playoff round which is lofty accomplishment given you are battling two dozen of the best teams in that age group.

The Chiefs have been to the quarterfinals a couple of times, reaching the semi final one year. Last year, Red Deer dropped a 4-0 decision in the quarterfinals to the Belarus National U17 team, the eventual champion. 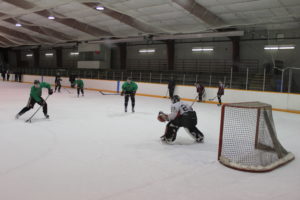 “I think they can carry a handful of 18-year olds which is kind of a big advantage playing against some of the younger kids on our team. I know they’re going to be really good and organized, structured.”

The Chiefs will face Belarus again as they are in the same pool along with the Saskatoon Contacts, the Calgary Flames and the Vancouver NW Giants.

In a weird twist the Chiefs will face Calgary for the first time even though the Flames are in the same division within the AMHL. Calgary is two points back of Red Deer in the Chrysler Division and Quinn says he’s looking forward to seeing how they match up against a league rival.

“We really want to go in and put on a good show. If we play at a high level than I think we can make a good run,” he said. “But I’m really looking for our team to take that next step. We’ve been getting stronger throughout the year and now the level of play and intensity needs to jack up.”

The Chiefs are sitting in 3rd spot, just four points back of Lethbridge and Red Deer is leading the league when it comes to goals against with just 39 allowed in 23 games. It’s that defensive strength which will help them at the Mac’s tournament when facing some high-powered offensive teams. Quinn says the offense is starting to find its stride as well. 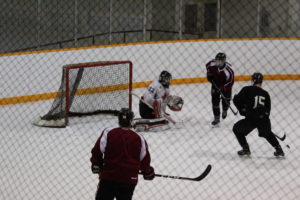 “We’re starting to score a few more goals. We didn’t score that many at the start of the year, but I can see the confidence starting to improve.”

He says the younger players are becoming more comfortable with the league and his power play has come to life, so the timing is quite good going into Mac’s competition. 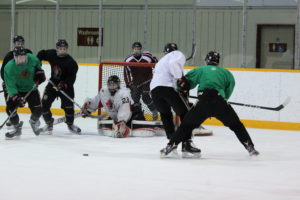 The Chiefs open the 40th Mac’s Tournament on December 27th at 9 a.m. against the Calgary Flames.