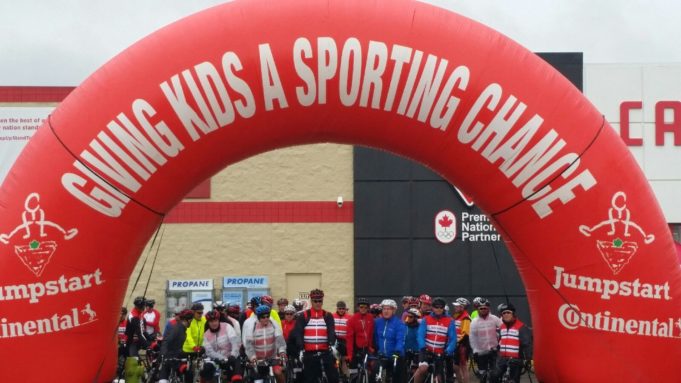 A dollar here and a dollar there can add up quickly. It’s one of the many ways the Canadian Tire Jumpstart program raises money to help kids get into a sport-any sport.

“Jumpstart supports over 75 sports so the array of sports they can choose from is virtually endless,” said Cam Munro, associate VP with FGL Sports.

FGL Sports got linked with Jumpstart when the company was acquired by Canadian Tire and Munro says they jumped in with both feet because this program is so very well known across Canada.

High profile spokespeople help spread the word about Jumpstart. Athletes like former Olympic speedskater Brittany Schussler who has taken on Jumpstart as part of her workload with FGL Sports.

She says Jumpstart and all the fundraising which supports the effort is all about giving kids a chance to find a place where they belong.

“I grew up playing sports. Not just speed skating. I played soccer and I did all kinds of school sports,” she said. “Sport was really the place for me where I felt like I fit and I felt like I was there with a purpose and that was what I was connected to.” 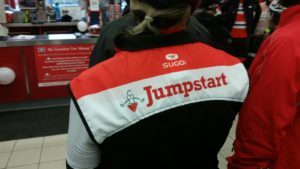 Part of the reason for being with Jumpstart is to open a door to a sports for  young person aged 4-18 where they might stick with it and turn out like Brittany. Her parents put her into speed skating when she was seven so she could learn to skate.

“When I started speedskating, which is what I did right up until I was close to 30 years old, my parents had no idea that that was going to be my career.”

It changed her entire life and now she still works in sport within a program aimed at getting other kids into sports.

Both say it’s easy to underestimate the importance of a sport and the impact it can have on a young person moving forward.

“It instills confidence, the social aspect of just being on a team if it’s a team sports. Just making friends and having those friends for a long time,” said Munro. “And the coach. You can’t understate the value of the coach. I’ve had coaches that were like parents to me.”

In Red Deer, since Jumpstart began in 2005, more than $22K dollars has been raised and over 700 kids have been helped to get into a sport by paying for registration fees or purchasing equipment. Part of the attraction to donors is the fact the money you put out stays in the community. 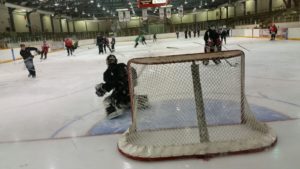 “One hundred per cent of the funds donated by the public goes to Jumpstart. None of it goes to administration costs, like zero. The corporation covers that and it stays within the community so any money donated in Red Deer stays to help kids in Red Deer,” said Munro. “ They could be helping the neighbor down the street. They could have a child on the hockey team and maybe one of his team mates from a previous year can’t play and that’s where Jumpstart can jump in.”

For more information on Jumpstart you can go to http://jumpstart.canadiantire.ca/.

Hall of Famers Get the Call