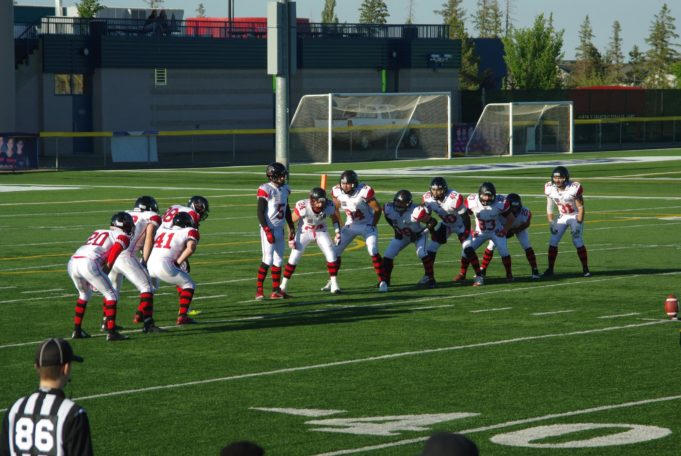 The Central Alberta Buccaneers have a new man at the helm, and he comes on board the Bucs ship with a treasure chest full of experience.

Gary LaGrange is the owner of an outstanding resume as a former player in the Alberta Football League and as a coach at the high school level with Hunting Hills and Notre Dame in Red Deer.

“I’ve been around a little bit and been around the game, so it was the next logical step to go,” he said about accepting the Bucs position. 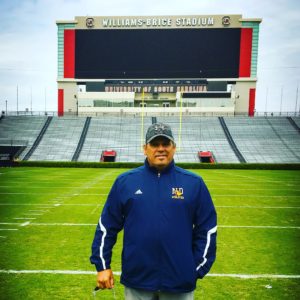 He describes himself as a student of the game, learning from coaches he’s worked with over the years, including those on the Team Alberta Senior Bowl squad. He says he’s a real sponge when it comes to learning so it was a no-brainer to take in clinics south of the border with coaches from NCAA programs like Notre Dame, Florida and LSU.

He is a big believer in film study, pouring over game film and taking back the information to share with players.

LaGrange says he is very much aware of the challenge the Alberta Football League brings to a coach who oversees players who are paying to play the game they love. The roster is peppered with players with experience at the high school level, junior football, CIS and even some former CFL players. It’s quite a feat to achieve a balance with so much range of ability but LaGrange says he will take advice or criticism from anyone-an approach which he says has served him well over the years.

“It’s not just all about x’s and o’s for me. It’s about leadership and moulding men. Now these guys have already got their own sense and they’re off to the races running so it’s going to be a different challenge for me,” he said. “I told them(players) going in I’m going to be as committed as you are.”

LaGrange says he figures on bringing what he can to the practice to compliment what these players already know and to help them all get better in some way.

He has been to a few of the indoor workouts with the Bucs, getting himself familiar with what he will be working with when outdoor practices begin.

He feels they are going to compete very well due to a solid core of players that stick out and now it’s getting all the right pieces to fit in place. He’s concerned about the running back spot which he describes as a weakness but the receivers, linebackers and db’s are all going to be solid.

The offensive line is a key component in any league and LaGrange says he has seen enough to be comfortable with what will be on the roster this season.

“That’s huge. If you don’t have those five guys that can pass-pro or run block, then you might as well play touch football,” he said. 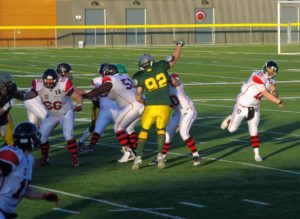 He does make a point of saying he doesn’t want to be referred to as the Head Coach.

“I’ve been down that road before and I’m not going to jump in and say I’m head coach and this is how we’re going to do things.”

Instead, he prefers the role of being a sounding board for the players, the unbiased opinion and helping with team executive decisions.

“ I explained a little bit of what I want to do but at the end of the day I said it’s you guys that have to be happy with that and believe in it, not just do it because I like it,” he said. “It’s no skin off my nose if you decide you don’t like it, you don’t want to go there.”

He expects there will be challenges during the season but he’s up for the task and excited about seeing the talent on the field and doing what he can to help the Bucs in 2019.

It sounds like the Buccaneers have got a keeper patrolling the sidelines no matter what you call him.

Jim Claggett - July 18, 2019
0
It’s not your typical summer camp for the kids. Instead of hiking, biking, crafts and other activities, more than two dozen kids in Red...