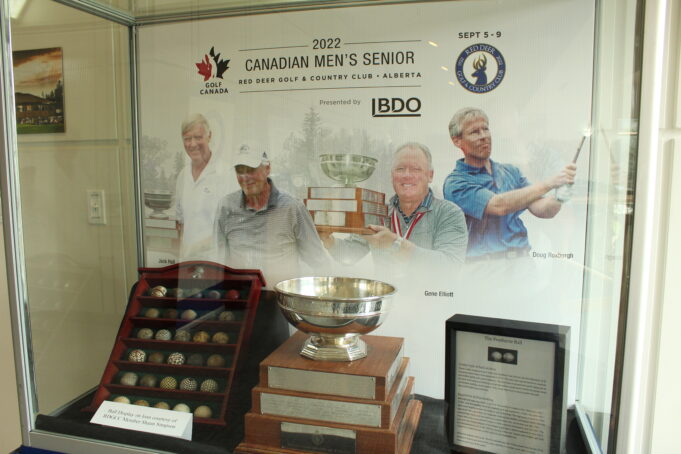 The stage is set for a national championship at the Red Deer Golf & Country Club as 156 of the top senior men’s players tee it up on Tuesday. It’s the 60th Canadian Senior Men’s Championship.

For Tom Skinner, it’s not his first time being in this illustrious field of golfers.

“This is my is my 11th Canadian Seniors and my 31st national, maybe 35th because I don’t count Canadian amateurs because I didn’t do very well. I was never that good,” he joked. “I’m a little bit past my best before date but I still know the golf course, every blade of grass. We’ll just figure it out.”

Skinner says his four clubmates can all play this course blindfolded it seems, so he expects them to show well, singling out Ken Griffith as one of the local players to watch.

Griffith has an extensive and impressive golf resume which includes his most recent victory as the Red Deer Golf & Country Club champion, and he has captured the home course senior club title the last fours years. 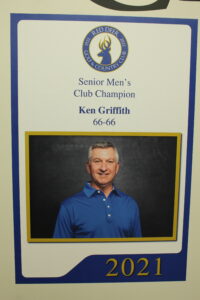 He says the key for him is to know how to motivate yourself to play your best at any sport.

One part of the game these age 55 plus players bring to the course is their experience over the years. They all can think their way around a course which is like an extra club in their bag.

The RDG&CC will challenge those players on all 18 holes with the subtle breaks in the greens and a seven-hole stretch of par fours.

“I’ve always said people establish their handicaps in those seven holes so yeah, those are pivotal holes,” said Griffith. “Outside of the last three or four holes those seven holes right there are going to make or break peoples round.”

The course will play at slightly over 6600 yards and Golf Canada has worked closely with superintendent Heath Koch and his crew to make sure the course is a fair but tough challenge for the field. 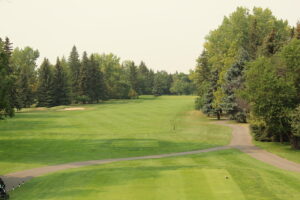 Adam Cinel, Senior Manager for Championships and Rules says they are drying out the course to make the fairways and greens a bit firmer, as well as growing the rough slightly thicker.

“We’ll pick some fairly tough hole locations, but I think the shape the golf course is in right now there’s not much more we need to do to bring it to that level,” he said.

These types of events don’t happen without the help of volunteers (more than 100 have stepped up) and Hugh McPherson, Chair of the host club tournament committee says they got started over a year ago but buckled down in April to get things moving towards the finish line.

One of the key aspects of making this all come together is the club members giving up their course for five days.

The RDG&CC has hosted national events before, most recently the 2019 Women’s Amateur, and those played a role in Golf Canada choosing Red Deer as the host club, along with the club marking its 100th anniversary, said club president Peter Innes.

“We’re just so proud of the course and can’t wait to showcase it.”

The players tee off Tuesday morning with a 7:50 a.m. start on the first and tenth tees and after two days the top 70 players and ties will go Thursday and Friday. The winner gets bragging rights for 2022 along with an exemption into the 2023 U.S. Senior Amateur Championship and a ten-year pass for the Canadian Men’s Senior Championship.

The Canadian Senior Men’s championship has been ongoing since 1962 and spectators are welcome to come see some of the best in Canada and the United States take on the Red Deer Golf & Country Club.

Jim Claggett - July 28, 2015
0
Almost 300 golfers will chew up the finely manicured grass of the Red Deer Golf and Country Club this week but the course is...