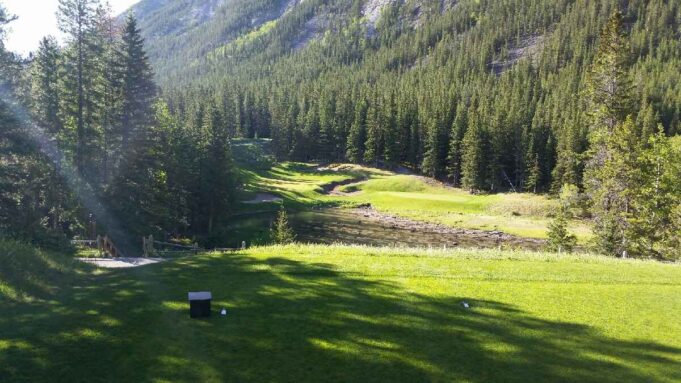 What is the state of golf course architecture in Canada these days?

Three prominent Canadian golf architects weighed in on that question during a virtual summit hosted by the Golf Journalists Association of Canada. The result might be a bit surprising.

Riley Johns company, Integrative Design is based in Canmore and he has followed the opportunities and the work where it has taken him, including New Zealand. Not exactly next door to where he is based.

“There just hasn’t been many(opportunities) in Canada, I guess particularly Western Canada. I don’t know what to say. Maybe that’s changing. Maybe Canada is just on the cusp of kind of catching up to some of these other places in the world, in particular the United States when it comes to renovations, restorations, capital improvements, upgrades,” he explained.

Johns says he is not sure if this is just something he is experiencing or more of a broader trend. He pointed out there is work available within Canada, but it is mainly piece-meal work spread out across the country as opposed to big projects in one location.

As to why this appears to be the case, Johns says he does get phone calls for work from various courses, but it is more of a “kicking the tires” scenario as opposed to pulling the trigger on a specific project. It might also be a seasonality issue.

“I run into that all the time where they want to do some work, but they don’t want to disrupt their golfer’s ability to play during the summer,” he said. “How do you renovate a golf course in the winter? If I could crack that nut, I think we would have the Canadian market solved.”

Ian Andrew says his company (Ian Andrew Golf Design) has garnered the bulk of it’s work south of the border over the last ten years. He agrees with Johns, it is heavily weighted towards the work opportunities as much as anything else. He added it is a bit of a trend where Canadian courses seem to find architects outside of the borders more interesting than homegrown ones. He says it’s a trend which started in the 90’s surrounding new work and it carried over into renovation jobs.

Christine Fraser (Christine Fraser Design) has worked mainly outside of Canada after getting offered a job in the UK which she was not about to turn down. She said it involved being away from Canada for five years, distancing herself from the industry which she came back to and it felt foreign.

The seasonality factor did not really come into play for her work while overseas as clubs were more willing to engage in projects.

“I think that’s definitely the case. There’s no need to shut down for a season and do one huge phase’ “she said. “They can kind of pick away at it whenever they have the money, time and the energy to do so and so in that sense there’s a lot more flexibility, a lot more ways to use budget and so it was definitely a huge benefit.”

In the golf course architect business, there has always been travel, said Johns. He used examples like Alister Mackenzie going to Australia or Harry Colt coming to Canada. Travel is part of the gig and there is a certain prestige attached.

“You’re exotic if you’re coming from outside of the border to a golf club and you already have a step up on the local guy because you’re being imported.”

He said back in the golden days of golf course architecture in the 20’s there would be articles in the local paper trumpeting the arrival of the architect coming to work on the local course. It was a big deal for the community.

He feels social media has played a role in present time. Instead of word of mouth being the stamp of approval for an architect, people are doing a much deeper dive into sourcing a firm before they get hired.

“They’re shopping with a bit more of a keen eye on who best fits your golf course or my golf project, not necessarily casting a wide net and say interviewing a dozen architects,” said Johns.

As a female working in a decidedly male-dominated industry, Fraser brings something different to the table when working at home or abroad. When it comes to making that decision about whom to work on the golf course project gender can play a part.

“As golf often mirrors society and the economics that we’re living in, golf is not necessarily very welcoming to women or very considerate of our nuanced experiences,” she said.

Slowly things are changing on that landscape with more interest in the value women and their different perspectives can bring to the game, she said.

She asked how many female golf architects can you name? The answer for most golfers would be the same-none! However, should you pose that question while sitting around the patio at your course, asking about male architects, you will get a plethora of answers. It is a situation which puzzles Fraser.

“Men write the history books and women have been a part of golf since the beginning, we just don’t see it,” she said. “We can name Ida Dixon, Marion Hollins, Alice Dye and the list does go on and the list of women who have had an impact on the golf industry is extensive. We just don’t really talk about it.”

She is convinced as participation in the game by women increases you will see the effect within the industry. She envisions more women becoming caddies, journalists, superintendents and of course, architects. It may not change the Canadian golf course architecture situation, but it will most definitely help the game.

Time will tell if anything changes on the home front when it comes to golf course projects.

Take On A Muni In “Old Pueblo”

Jim Claggett - May 15, 2017
0
Tucson’s history with the game of golf dates back to 1929 when the first of five courses that make up the municipal golf course...