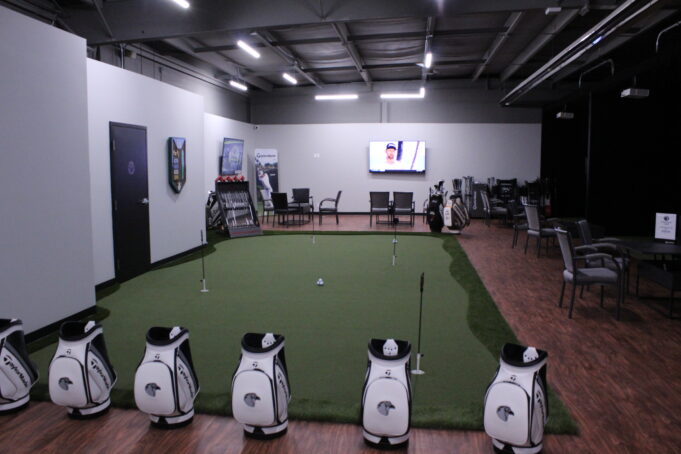 A wise person once queried-What’s in a name?

It can be plenty or not matter much at all but how you arrive at the name might have meaning.

For the latest facility at the Red Deer Golf & Country Club, Hawk’s Alley is the moniker, and it is one of Ben Hogan’s nicknames so that makes sense. GC Hawk is also the name of three of the launch monitors/simulators in the four bays which make up Hawk’s Alley.

When it came to the name associate professional Chris Melbourne said  ‘it kind of slipped out one day and it stuck.’

O.K. so it wasn’t a deep discussion which paved the path towards the name but, it fits like a glove though.

They set the new digs up in a reconfigured maintenance shed and Melbourne says the result of their work is more than he imagined.

“It came together a lot better than I thought it would when we started,” he said. The original plan was to have a pair of simulators inside the clubhouse. Things got a lot bigger.

It was one winter ago when the idea percolated and new G.M. Mike Kenney got behind the project, said Melbourne.

“He bought into the vision and understood that this is where the game of golf is going. Technology is certainly taking over.”

That vision includes options to play a round of golf on one of 48 courses (Royal Troon, Torrey Pines and Glen Abbey for example), hit shots on a driving range, get the kids involved with using a putter/wedge to play many carnival style games or even takeout dozens of Zombies. 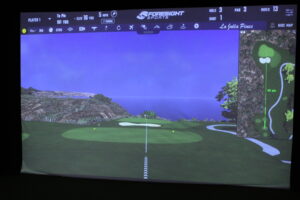 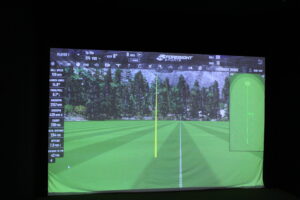 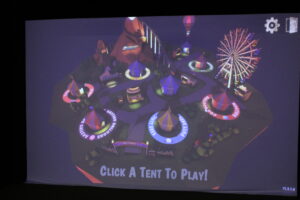 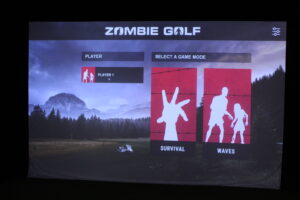 “It’s for a different type of customer,” said Melbourne. “They basically run at you on the screen and your golf ball turns into a grenade. It’s super fun, addicting. I love it. It’s certainly not for everybody.”

All can provide each experience so Melbourne says they can hold a league night, and everyone can play the same course.

There is also a putting green for players to work on fine-tuning that part of their game. 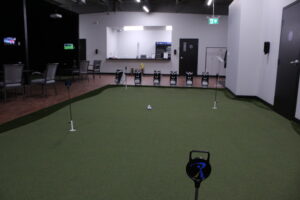 Melbourne is excited about Foresight Sports being behind the tech, especially regarding one unit-the GC Quad.

“It’s the most accurate launch monitor in regard to the clubface, what it’s doing and what the golf ball is doing. It takes over two hundred pictures of both at impact which gives us fitting technology that can differentiate us from anyone and allows us to do a better job.”

Any member of the public can take lessons at the facility and get fitted for their clubs which is something many golfers fail to do once they buy new sticks. 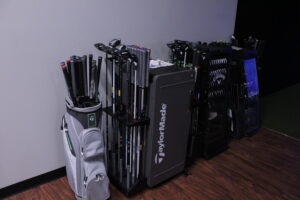 “We’ve added the Cobra brand, so we have full fitting capabilities from Titleist, Taylor Made, Ping Callaway, and Mizuno which is exciting, all the way from putter to driver,” said Melbourne. “We’ve invested more heavily in some shaft kits from some of the vendors, so we have stuff that regular clubs won’t have.”

On the lesson side of the equation, there are four very qualified pros down there who can help with what ails you on the course and do so using the latest in technology.

The idea of course is to serve RDG&CC members first and they can bring guests along, just like at the course. Melbourne says once they remove some restrictions, they can have more people safely in the building.

“If we find in the future that we have space and that we have availability let’s say every Tuesday it’s open to the public. There’s definitely opportunities for that and we’ve discussed that,” he said. 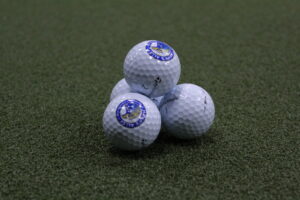 It’s an exciting step towards building the base at RDG&CC and maybe getting a few more people enjoying the game of golf.

Milestone Celebration For Golf In Canada

Golf Cart Travels Back To The Future