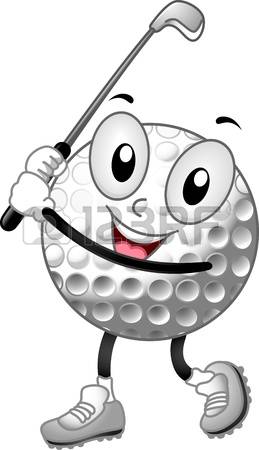 Golfers in Alberta are used to waiting out frost delays, but this COVID-19 is another animal for sure. This is like waiting for a putt to drop as it hangs on the edge of the cup. Now with cups raised it will never fall in but will golf courses in Alberta never open this year?

With Mother Nature cooperating, golfers are champing at the bit to get out of lockdown mode. Many courses are ready to have players tee it up if they get the word from the health authorities.

Rob MacPherson at River Bend Golf Course in Red Deer says his crew has been out on the course prepping it for when the season gets the green light.

“The clubhouse is getting set up for all the social distancing aspects which need to be covered and making sure staff is well aware of everything that needs to be done,” he said.

“We probably would have been open last week. Golf course wise we are definitely ready to go,” he said.

At River Bend barriers at the counter are being put up, like grocery stores but the restaurant will not be open. Washrooms will be available but limited and the pro shop can be accessed but it will probably be just two or three people at a time. Wolf Creek will go as far as not putting scorecards on carts, just as an extra step.

Miller says they always have done plenty of online booking and pre-payment of rounds so personal contact is already reduced. If things open up, the Links Course may be first to make use of a much smaller building to process golfers.

On both courses, golfers will see raised cups so no touching of the flag, no ball washers and rakes will be removed from bunkers.

Tee times will change but MacPherson says he hopes Alberta will not follow Saskatchewan’s lead of having three tee times per hour.

“We will space the tee times,” he said, suggesting maybe ten minutes apart would work. “I guess we’ll go with Alberta Health recommendations. It’s just that 20 minutes apart, well you might as well be home and not even open.”

Miller says they would open, no question but compressed tee times will make it a challenge.

“Just like anybody we have season long members signed up and are ready to golf. If they take up those tee times it will be very tough for us or anybody else to generate a bit of green fee revenue we all need to keep our courses going,” he said.

Golfers might even be able to book a spot on the driving range at River Bend as opposed to just showing up. Players could then hit as many balls as they can fit into their time period before giving way to another group.

“We’re going to have to control the driving range to make sure we have the limited number of people out there at any one time,” said MacPherson.

Pace of play has been a hot button topic the last few years but now it appears to be more of a “space of play” issue.

“I think it’s going to be an education for golfers to keep your space between groups. Play in your time but some groups can play faster than others. They’re going to have to just relax a little bit get used to a new pace of play so they’re not pushing other groups,” MacPherson said.

Miller says on course signage might be needed to keep golfers aware of the new “rules|”.

“If your group is speeding along and you happen to catch the group in front of you, you can’t ride up on them on a tee box,” he said. “You’ve got to keep your distance and try to be a little more patient.”

If you absolutely must allow a group through, do so on the fairway where there is plenty of room to pass, he said.

River Bend is in a somewhat unique position having a provincial mandate to not be open but also City of Red Deer officials have shuttered all recreation facilities, including the golf course until June 30th. If golf is given the okay to play, what happens at the city operated facility?

“We have been in contact with them since that initial story came out that we would be closed until June 30th but we have asked if that could be reconsidered for opening when all other golf courses do and that’s where we’re at. We’re able to open when other courses do,” MacPherson explained.

Golf employs hundreds of people, kicking in more than $2 billion dollars to Alberta’s economy. Having almost three hundred courses open to even limited play would still be a better scenario than no play at all.

“If that was to happen (no opening), just like all other businesses we are wondering if they are ever going to reopen. I am sure there would be a number of golf courses that would be forced to close,” MacPherson said.” The last two, three or four years have been very hard on the golf industry with early closings, bad weather and bad greens. A lot of golf courses bottom lines have taken a hit.”

With golf being such a social game, some changes could be met with opposition but if golfers want to play their sport, then these conditions need to be followed closely.

“After the round you won’t be able to chip your buddies for some of the shots they made so that might be tough,” Miller chuckled.

Good luck with re-educating golfers on how to play the game but there is a healthy level of optimism from the golfing community that it can be done and keep people safe.

“We’re a long way from putting lines on the cart paths but it’s going to be different that’s for sure,” said Miller. “But this is what we’re going to have to do if you want to continue to come out and play.”

A Flower in the Desert

Jim Claggett - December 21, 2015
0
Designing a golf course which appeals to the entire golfing community is one of those 'you can't please everyone' types of propositions. The latest creation...