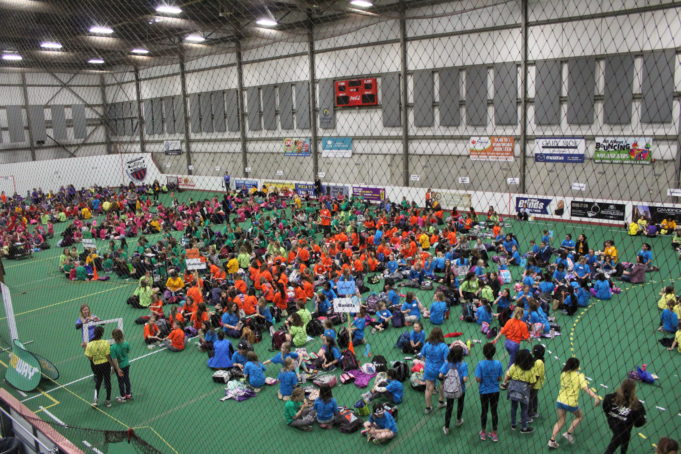 Over 700 Grade Five girls across Red Deer skipped school May 9th but they all had a very good reason.

The 16th annual Go Girl event was held at the Collicutt Centre where these young ladies got to try activities like rock climbing, softball, golf, martial arts and lacrosse. 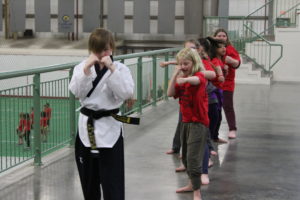 Not everyone is an athlete so the push behind the event is to expose them to many sports and maybe something will grab their attention.

During their lunch hour the girls were treated to a guest speaker, Red Deer Mayor Tara Veer who shared her own athletic experience with the eager crowd. 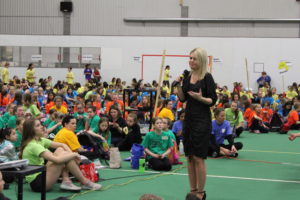 She told them she was always a bit of a bookworm growing up and her identity was really based on her abilities in the classroom.

“I was not athletic, certainly any of my gym teachers in Red Deer can attest to the fact I was actually quite reluctant in gym class and had a lot of insecurities with that,” she said.

While running along McKenzie Trails during one class she decided she wasn’t going to run anymore because she was tired, sweaty and just not feeling good about running. One of her teachers approached her and encouraged her to continue the run, saying she was the only one standing in the way of becoming a runner.

“She ran with me and from that day forward I’ve been a runner,” she said. “Running has become my outlet. It’s how I manage stress. Certainly, I think it’s important how we manage ourselves so we can look after other people.”

That was at the core of her message to the girls that they should believe they can do something-anything. 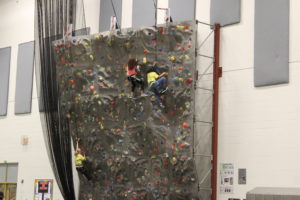 The winning community will be crowned the most active city and pocket $150,000 dollars to be used in a variety of ways to keep the community fit.

Red Deer has a reputation of being very sports-minded when it comes to the teams, activities, venues, trail system and hosting big events like the recent Canada Winter Games.

“We certainly know that it will even further elevate Red Deer’s profile because of our commitment to physical activity and we certainly feel confident that we will be in the running for the most active community in Canada.”

You can track your activity during that tine frame by downloading the new ParticipACTION app and win individual prizes as well as helping your community win the grand prize.

For more information go to participACTION.com.

If you are as active as these girls were on May 9th, Red Deer has a great chance of coming out on top.

Let’s get active together!

Jim Claggett - November 6, 2015
0
Jordyn Koples isn’t letting much stand in her way as she lives her life. The 16 year old from Rocky Mountain House continues to go...