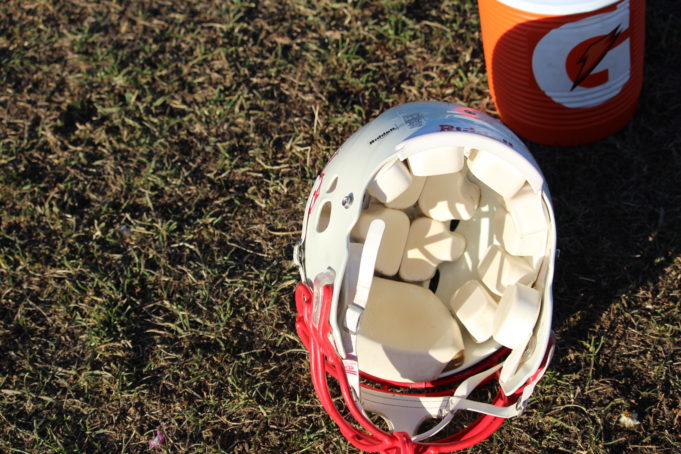 Aaron Sheppard has more than 20 years of experience coaching football in Central Alberta and the head coach at Lindsay Thurber Comprehensive High School has seen the game evolve over those years. It’s his opinion the game is going in the right direction when it comes to player safety, especially about head injuries.

“I think Football Alberta has taken such an aggressive stance on how to change things,” he said. “They’ve re-oriented our hitting drills and our hitting technique to be reflective of concussion focus.”

It wasn’t that long ago when an average practice would see players suit up in full gear and hit each other in drills for an hour. Now, for example, LTCHS players will have non-contact practices for the first three or four days of practice. 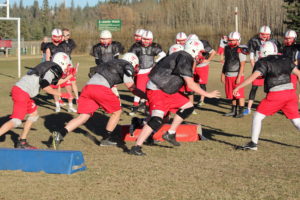 “If you can teach kids how to hit and tackle, without pads on, without the protection of that facemask, they don’t get bad habits,” said Sheppard.

The awareness across the board about safety is more the norm in football at any level these days and he feels referees are being more consistent in calling the rules under the new guidelines.

“I think it’s a good thing. Don’t get me wrong, everyone loves seeing a big hit like that, but you only get one brain for a lifetime and I think it’s probably good to protect that brain in the best possible way.”

He says when you check the stats of sports-related concussions, football is not topping the list.

Sheppard says the hype around the subject of concussions has really echoed loudly in football circles.

“I still think you have those great hits and you have stuff going on there but it’s a more conscious view of getting your head in the right position, the right way and hitting in the right area.” 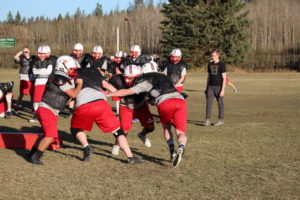 He says the focus is still very much on gang tackling and teaching players to not be looking for the knockout shot. Sheppard makes his high school players run if they do not tackle with shoulders below the belt and head behind the runner.

Football is still football and helmets will clang together at some point in a game but the thought process before a tackle is changing, making the game safer.

His program put more of an emphasis on weight training instead of speed training to build muscle mass which helps support the upper body, particularly the neck area.

“I think, honestly, we’ve had two kids all year with anything remotely close to a concussion,” he said.

Getting the players at a young age to buy into the new regime of not leading with your head hasn’t been as difficult as one might think. You know, the old habits die hard kind of thing. It seems that’s not the case, at least not with this team. He says he can’t recall any calls against his team for spearing an opponent this season.

“A dramatic decrease in those penalties for sure and even from a running back point of view I’ve seen very few running backs lead with their head.”

Players know going high to hit an opponent could draw a flag so there is a natural correction happening says Sheppard.  He feels players will be more inclined to go low for a tackle which avoids the head trauma but there is a trade off here.

“It’s a dangerous game, it’s a fast-paced game. Things are always going to be there. You just have to negate them as much as you can, but I do think some of those(changes) are going to force the leg injury. You are going see an increase in knee injuries, lower body injuries.” 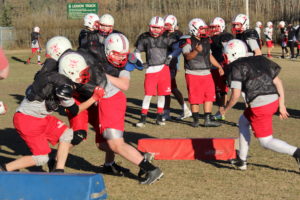 The message is clear though, and Sheppard says football has been somewhat of a leader in changing the safety level for its players and other sports could learn from that approach.

“We’ve definitely changed our culture a lot more than what it used to be. You can look at our game, we still have some great hits. We’ve had some fantastic, exciting stuff people like to see without the kid injuries, which I am all about. I’m all about player safety and making sure your kids are able to play.”

Jim Claggett - August 6, 2018
0
For the record I am not a fan of Johnny Manziel, the person. His off-field actions speak loud and clear as to why, but...