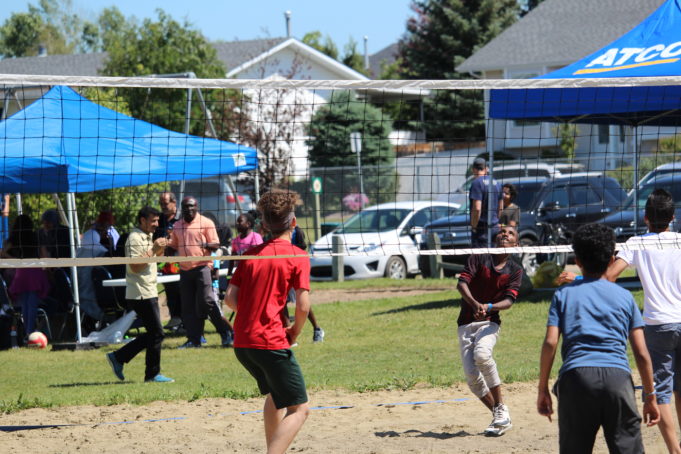 This past summer there was an event in Red Deer which may have flown under the radar of most people in Central Alberta.

It’s billed as a kick off to summer, hosted by the Central Alberta Refugee Effort. Basically, it’s a day where immigrant youth could try a sport-almost any sport. 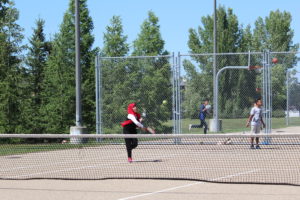 “A lot of youth in our program will join soccer but we didn’t see a lot of them registering upon arrival for things like basketball or baseball or some of the other kind of traditional Canadian sports,” said Avery Acheson, Intake and Settlement manager at C.A.R.E.

So, for the eighth year running these young boys and girls were given a chance to get some basic instruction and experience a new sport.

On that day, dozens of youth any where from six years old up to their late teens showed up at Eastview Community Centre to play some volleyball, basketball, tennis, football, baseball and disc golf. 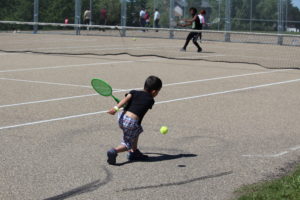 One of those taking part was Yousef who came to Red Deer from Syria. The tall 14-year-old was giving the sport of volleyball a try for the first time. At first glance, he seemed to be enjoying this new endeavour. 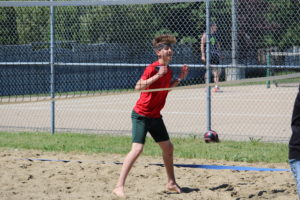 He was going to give basketball and tennis a try once he was done with volleyball. Dozens of other new Canadians were also having a great time swinging a tennis racquet, trying to sink a basket or hammering a baseball to the outfield.

So, while they may not speak the same language, they all seem to be speaking the language of sport.

“A lot of sports are universal and most of these sports are ones many of these kids have seen on television, in the Olympics,” said Acheson. “Once we show them the basic functions of the game they get to create and just have fun and learn and gain some of those new skills.”

Acheson said it can be a very difficult process for someone from another country to integrate into their new world so having a sport to fall back on for these kids is great. 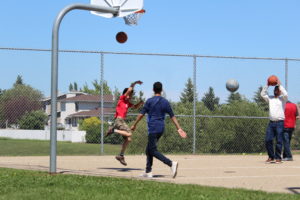 “In the integration process for newcomers any opportunity they have to participate in something that connects them with their new community is vitally important and a great step for them.”

The day was organized by C.A.R.E with the help of Immigration Refugee and Citizenship Canada, FCSS Red Deer, the City of Red Deer, Subway and Atco. It was a strong display of how a community can rally around such a simple idea and touch a variety of lives in one day. 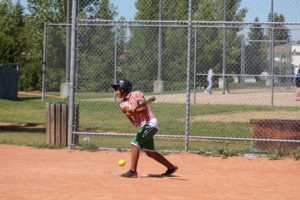 The sport learning doesn’t just happen during a sunny, warm day in June either. In the winter months there is a learn to skate program for immigrant children held at the Riverside Meadows rink. Acheson says that is getting more popular each year.

While many of these young boys and girls may not become elite athletes in a new sport, it’s a great example of how important sport can be in the life of so many people-even for just a day.

Giving Tuesday and Having a Ball

Jim Claggett - November 24, 2015
0
The ball keeps bouncing all over the world for the organization known as The Ball is Round. In about two years of being in...