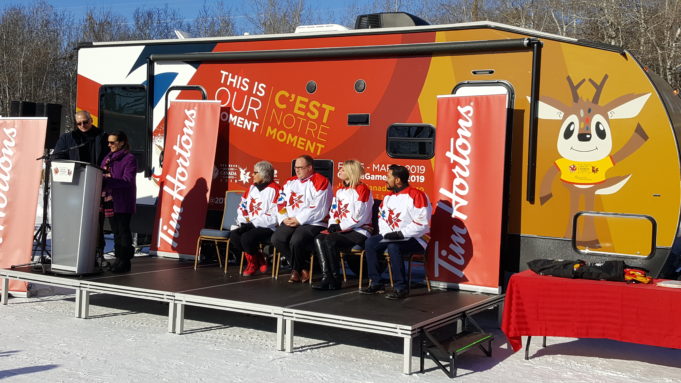 It was five years ago the idea of hosting the 2019 Canada Winter games was pitched to Red Deer city council. The calendar has now flipped to less than 52 weeks before the start of those games February 15 to March 3, 2019.

“We have certainly been doing a lot of work and we’ve got a ton of work to do but one year out you certainly start to get excited,” said Winter Games CEO Scott Robinson.

The games committee is now on the clock to get more things done and Robinson says it always feel as if the timepiece is ticking much faster than it should be.

“I think the reality is that we’re doing a good job, we’re on track, planning is going well. Things seem to be falling into place.”

Helping those things fall into place is the army of volunteers who are giving of their time and now one year out is now crunch time to grow those ranks.

“We need 5,000 games time volunteers and that whole process of not just people registering but then the management of all that is a huge undertaking, so we’ve got a growing staff team and a growing volunteer team to look after that,” he said.

Those game time volunteers are an important cog in this massive machine. People are needed for transportation duties, medical services, marketing, ticket-taking, merchandising and a variety of other opportunities. 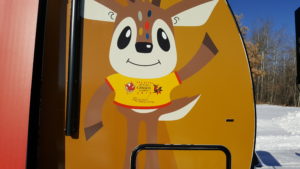 If you are 16 years of age or older you can become a part of the team putting on the biggest sporting event to come to the region.

Robinson says the sales pitch to attract volunteers is simple-this is an experience of a lifetime.

“Anybody who has volunteered in a multi-sport games will never forget it. They will of course get a uniform, they’ll get fed and looked after. They get trained and will have a great time,” he said. “But, I think really the biggest reason why you volunteer for something like this is to be a part of something so big and the community will be vested in that you’re going to say, wow, I wish I was a part of that and we’re hoping lots of people want to be.”

While Central Alberta will take centre stage, organizations including the town of Ponoka have chipped as a municipal partner of the games to share the spotlight. 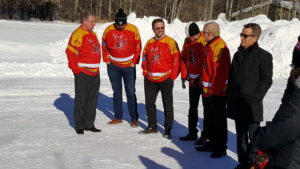 “We could actually learn a lot from this, so we could maybe run an Alberta Winter Games or an Alberta Summer Games to that extent,” said Ponoka Mayor Rick Bonnett.

He also believes having all these people in Red Deer for the games it wouldn’t hurt to bring to their attention the Ponoka Stampede and Robinson agrees.

“They had a conversation with us early on and they saw the benefit of when you bring something this big to the community, it’s such an opportunity to market your own community and what you do.”

3,600-the number of athletes expected to take part in the games

19-the number of sports athletes will be involved in

$14 million-the amount needed for the venues hosting the sports

Jim Claggett - September 12, 2014
0
In the world of sports, concussions are the centre of attention and have been for the past few years for good reason. Science continues to...