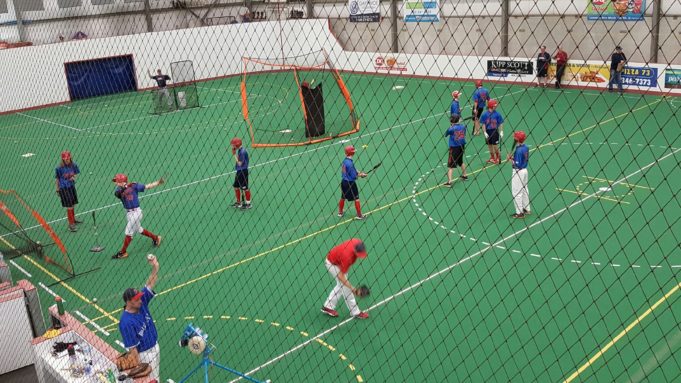 Red Deer and area is another step closer to hopefully stemming the flow of young baseball talent out of the region.

A large crowd turned out January 29th to catch the pitch of the Ball Academy at St. Joseph High School in Red Deer. 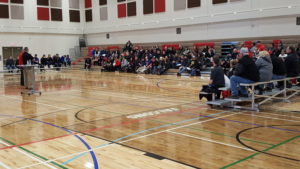 “There’s academies set up all over the province, you know the St. Albert’s of the world and their kids are just playing more than we are right now,” Scott Murray, Ball Director. “So, we’re having a tougher time competing I think at the Peewee, Bantam and Midget level and we’re hoping this can help close that gap.”

There has always been a feeling through RDMB that a year-round facility was needed in the region to develop the skills of local players.

“The school called us when they started looking into the feasibility of getting an academy going and wanted to know if we would collaborate with them and give them information to help them move forward with it,” said Randy Gehring, VP of Baseball Operations for Red Deer Minor Baseball. “It’s exciting to finally have a place where we can keep the kids here instead of heading off to other places.”

The academy would have components dedicated to baseball, fastball and a middle school program with the focus on skill development and assisting students to continue to develop their love of the game.

The cost for the baseball/fastball segment would be $3000 and the middle school fee would be $750 according to a handout issued at the meeting.

The Fieldhouse at St. Joseph will be equipped with a drop-down batting cage, pitching machine and mounds to throw from. 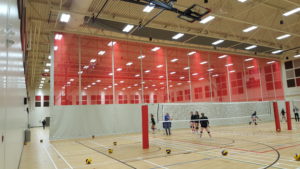 “We can use real baseballs in there as well, so we can hit grounders and we can pitch. It’s not going to break anything with balls bouncing off the walls,” said Murray about the off-season operation.

When the weather turns nicer the academy will take its game outdoors with baseball at Hunting Hills and fastball over at the Oriole Park diamonds.

Murray says the plan moving forward is to focus on skills during May and June outside so as not conflict with Red Deer Minor Baseball and then have academy students play some games in September and October when school is back in the swing.

RDMB has grown over the last three years from about 340 to over 900 players this coming season so Gehring says it’s important to give those players a place to expand their skills and see what opportunities are available to them.

There will be some collaboration regarding use of facilities but RDMB will also help the academy when it comes to personnel. 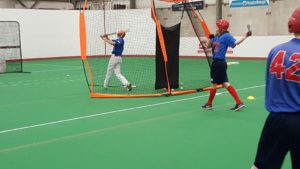 “We’ve got personnel to help them out when it comes to guest coaches and maybe some equipment and things like that. I want to stress that it’s not a partnership,” said Gehring. “It’s Red Deer Catholic and St. Joseph’s thing, we’re just happy to be able to help out in what ever way we can.”

The pieces appear to be in place for this effort and time will tell if this will be a home run for baseball in the region but at least they are at the plate to get some swings in.

These Kids Are Going To Be Fine

Jim Claggett - August 9, 2019
0
Emergency departments around Canada are busy lately, dealing with Toronto Blue Jay fans who hurt themselves jumping back onto the team bandwagon. The catalyst for...