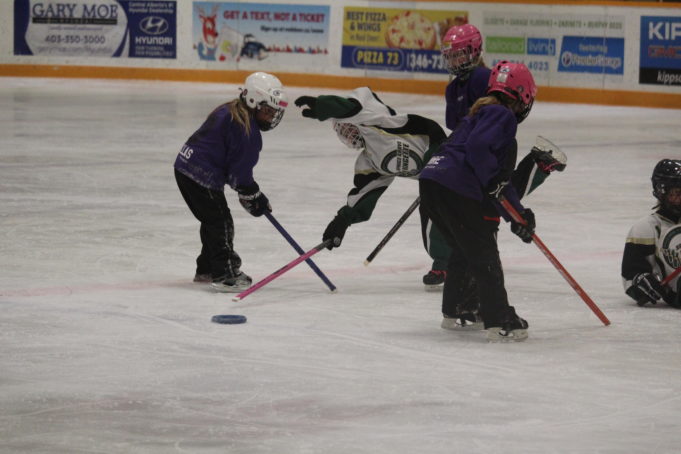 The Red Deer Ringette Friends on Ice tournament marked 34 years in early January and the sport shows no signs of shrinking.

Sixty teams from across the province were represented as upwards of 800 athletes hit the ice at four rinks in Red Deer along with the Delburne Arena.

As most Canadians will tell you-hockey is King in this country so how do you convince a young girl that ringette is the sport for her?

“I just said to her, try one year. If you don’t like it we’ll move on to something else,” explained Pam Jones, one of the tournament organizers, about how her daughter caught the ringette bug. “She’s been playing since she was six and she’s 16 and she loves it.” 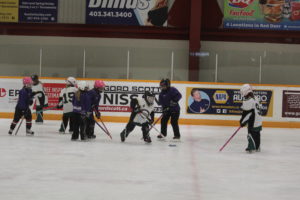 Make no mistake about ringette-it’s very competitive as you move up through the ranks and these young skaters can play on bigger stages as they progress.

Jones says there are scholarships available for ringette players at schools like the University of Alberta and of course there is a world ringette championship where these players can wear the maple leaf with pride.

The sport has some different rules which separate it from simply being hockey with a rubber ring and Jones says it does take some learning.

For instance, you must pass the ring over the blue line and you can’t touch it until someone else touches the ring.

“It’s all about touching that ring and getting that goal and it’s fun because they forget about that blue line and it’s just, I’ve got the ring, I’ve gotta go.”

Jones says Alberta Ringette is getting more involved in developing young players and increasing the skill with camps and such. Rule changes are also streamlining the sport which doesn’t have the numbers like minor hockey, but has a real social aspect attached to it. 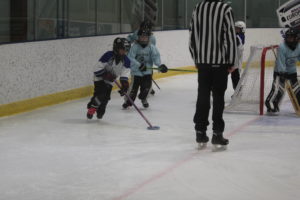 “It’s a community and it’s like a little village because there’s a lot that have one kid in ringette or two or three and you rely on the community to help you get them to and from practices and games” she said.

There are also parents who volunteer their time to coach or to handle various duties at tournaments.

The Friends on Ice tournament features players under the age of six all the way up to girls in grade 11 to first year college or university students.

“And we’re running a rec league starting in January and it’s for basically 12-year old’s just to come out to try it,” she said about the eight-week program to be held at the Dawe Arena. The program saw about 25 players take in the program last year and Jones says 23 of them signed up to play the organized version this winter. 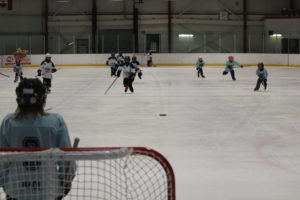 There are parallels to minor hockey and one of those would be a real need for more ice for this growing sport to maintain numbers.

“We have some Penhold ice and we’re using Delburne as well. You know our U-14’s should actually be practicing full-ice, but they can’t because we just don’t have the ice,” said Jones. “We only get one ice time per week.”

Lindsay Thurber Composite High school has joined Hunting Hills in Red Deer, offering up ringette as part of the curriculum.

It’s another sign of the growing popularity of the sport.

What Happens in Vegas…

Jim Claggett - May 12, 2014
0
The old saying of what happens in Vegas , stays in Vegas but not for Julie Vasselin of Rocky Mountain House. The 23 year old...