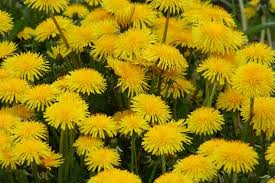 Earlier this golf season a documentary produced by Andrew Nisker hit the airwaves on CBC. “Dad and the Dandelions” was all about pesticides, golf courses and the unfortunate death of Nisker’s father due to Non-Hodgkins Lymphoma.

I was intrigued, interested, curious and all the rest of those buzz words to find out the details.

After watching the documentary, (I viewed it twice) I was left with plenty of questions.

The first being-why the hell did CBC air this one-sided bit of film making?

A senior with vertigo has more balance than this product.

The opening line with David Suzuki didn’t make me want to watch more (he calls golf courses toxic waste sites). It made me want to turn it off but to be fair I watched to see where this would lead to.

Nisker interviews two golfers about pesticide use on golf courses and states “So golfers don’t care about it”.

In the two clips used neither golfer stated they didn’t care about pesticides.

He claims golf courses use four times the intensity of pesticides than farmers but according to the Canadian Golf Course Superintendents Association, one per cent of pesticide sold in Canada is used on golf courses. It won’t take you long to figure out who might be the biggest user.

The National Allied Golf Association cobbled together a response to this documentary, making a point of pesticide use being necessary but it is also a last resort for pest control. What they do use isn’t applied on a daily basis and what is used is approved by Health Canada. 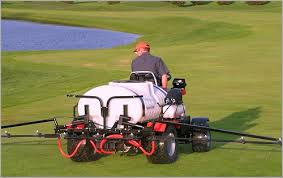 This stuff doesn’t come cheap so courses are not applying pesticides like drunken sailors. Cutting back on use means a better bottom line so rabid use is costly.

Golfers do appreciate good playing conditions offered by courses and NAGA agrees courses could operate pesticide-free but what we see now would drastically change.

Our country just doesn’t have the right climate for naturalized courses like say Scotland but the comparison is made. Apples and oranges Andrew.

Two other points to note regarding pesticide use is how often pro golfers and turf grass management people are in this environment yet Nisker does not have any data on the cancer rates in those groups. He holds his father as the only example other than a Quebec man who he states lived “near” golf courses. 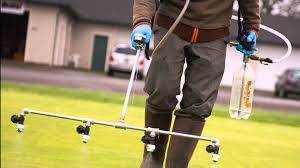 In addition, golf courses are wild life preserves in some regard as nature does thrive in these green spaces.If they were “toxic waste sites” as Suzuki claims, nature would not really be as present as it is now it would seem.

I feel for Nisker’s loss of his father but his attempt to make a statement with his film has fallen far short of the mark in my opinion.

If you have not watched the film, please do so and form your own opinion but a simple request would be to stick to the facts. This film doesn’t.

Jim Claggett - August 8, 2014
0
She is one of the biggest names in the sport of golf and a quick glance at her resume shows why she is so...