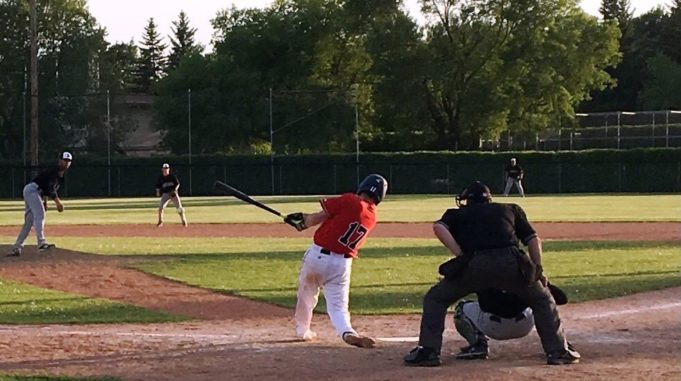 The Red Deer Riggers made the most of being road warriors at the start of the 2017 Sunburst League season, racking up three straight wins away from Great Chief Park.

The team returned to the comfort of home May 30th and it was a good feeling to be at the familiar park.

“ Obviously there were things happening out of our control, lots happening down here and an exciting time for Red Deer and the Canada Games, “ said player/coach Jason Chatwood, referring to the upgrades to the entire park area which displaced the Riggers. “ It’s nice to get the first game against these guys (Sherwood Park) because last year our last game against them didn’t go exactly as we wanted.”

The A’s dropped the Riggers in extra innings in the final game of the league championship in case you were wondering.

On this night the Riggers spotted the A’s seven runs and then roared back to beat them 11-9.

Chatwood says there are a lot of returnees to the team this year which means they don’t panic in those situations. They’ve also added some veterans as well with a couple of arms in the form of Ben Runyan and Sheldon McDonald. 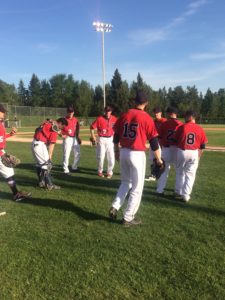 Runyan has played with the Riggers in the past, being added from another team and McDonald is a former Chicago Cub farm system player. Both will add to the depth of the Riggers which Chatwood says is a real strength.

“ So if someone can’t make it or someone goes down we have depth to put guys in different spots. We have guys that can play multiple positions,” he said. “ I think the thing that makes us successful is we have guys that don’t necessarily care what their role is, they just want to do their role the best they can.”

On the other side of the ledger Chatwood says the Riggers need to find a way to push themselves to get better especially when you get playing at the next level at Nationals.

The Riggers are headed there this year due to a team dropping out from going to Victoria but Chatwood says the focus is still on winning this year so they can earn the right to go to Nationals the following year.

He says with Spruce Grove dropping out of the league this year, teams have picked up some players to pad their rosters. 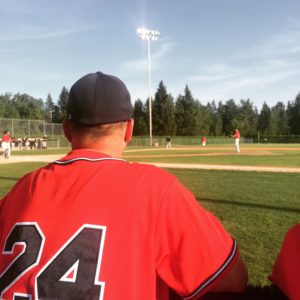 “Maybe the league doesn’t have as many teams but I definitely think it’s going to be more competitive which is fine. It helps us and it helps the league which helps everybody.”

The goal is still to win out at the end and with Red Deer off to a 5-0 start, things are looking very good at the moment.

Jim Claggett - August 17, 2019
0
For this weekend, Red Deer is the centre of the 18U AAA baseball world in Western Canada. Teams from Manitoba, Saskatchewan, B.C. and Alberta are...