Athletes at any level travel a variety of roads during their careers. Some are relatively simple while many others present obstacles all along the way. Each one of those roads makes the athlete stronger in some way and ultimately lead to the goal they have set for themselves.

Dallas Soonias has travelled plenty of roads in order to get to his destination which was playing volleyball for his country at the Olympics.

The former Red Deer College King has delivered some big kills on the court wearing the red and white but this time the big hit he delivered was about his future. Injuries have forced him to retire, just as the Canadian men’s team qualified for the games in Brazil.

“I’ve been injured before. There’s been periods of six months but this latest injury took me a year and a half before I was playing,” he said. 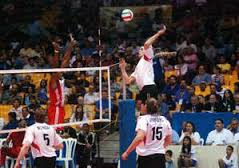 The program gave him the time to rehab and knew once he was ready he would come back at 100 per cent and when he did he’s be added to the roster in time for Rio. Unfortunately it didn’t work out that way.

“I just wasn’t recovering fast enough so I had to tell them, this is it. I can’t give any more. I’m busted.”

It was the proverbial dead end in his journey.

He had suffered a micro fracture on his right knee about 18 months ago. While it took some time to heal it got back to the point where the right side hitter could play in the Olympic qualifier last January.

“After that I decided to take a contract in Italy to play the second half of the season. While I was there, about three weeks in, my other knee pretty much exploded. The cartilage kind of tore and it was impossible to play,” he said.

He had a scope done to clean up his left knee but found the surgically repaired right knee was worse than it had ever been. The timing couldn’t have been worse as the Olympic roster was due to be finalized in a couple of weeks and he came to the realization he wasn’t going to make it.

“I just wasn’t recovering fast enough. I was having trouble with stairs and couldn’t run so it would have been a very long recovery. That being said, the last few times I had major injuries I didn’t think I was going to make it back. You just kind of put your head down and keep working,” he said. “So that’s what I would have done this time had there not been a clock on me.” 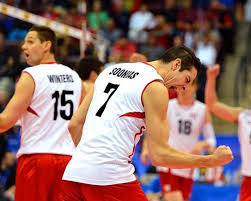 This effectively closes the door for Soonias as it relates to playing for his country but there is still an international volleyball connection. His fiancé, Jamie Thibeault plays for the national women‘s team.

Soonias says she is also a teacher and plans on playing professionally for another year before they look into where she can start her teaching career. For him, the future is still a bit cloudy.

“”We’ll figure out the best place for her to work and I’ll just figure out how to hustle I guess,” he said, keeping his sense of humour intact.

Looking back on his volleyball career Soonias is brutally honest when it comes to whether he is happy how things turned out for him.

“Absolutely 100 per cent not,” he said. He passed along this analogy. “Say I’m living in the Northwest Territories and I’m trying to get down to Calgary and the holy land of Toy’s R Us and I get there and it’s closed so I have to go home.”

It’s a comparison which fits his personality. Right now he’s feeling the disappointment of such an effort to reach the Olympics only to see his team head to Rio while he stays home. The wound is still open and it hurts.

“It would be weird if it didn’t. I’m sure I will come to terms with it over the years.” 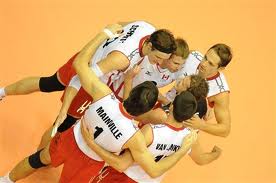 He says he will most certainly be watching the games as the guys on the team are still his close friends but he admits it will be hard to watch. It might provide some closure but he says the immediate need for him is time off to absorb this end to his playing days. Still, he remains philosophical to a point about how this played out.

“What I’ve been telling myself is time is undefeated on a long enough scale. It gets every athlete so I just kind of ran out.”

Time will tell what is served up next for him.

Changes In The Queens Court At RDC

Rio On The Radar For Former RDC King

Rio On The Radar For Former RDC King