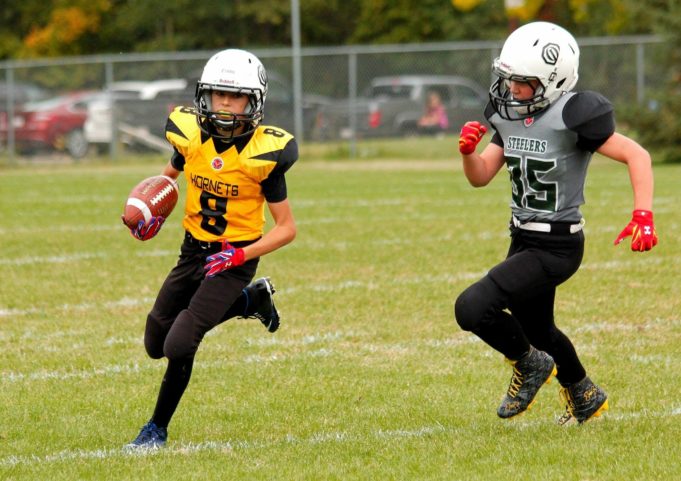 Football is a rough and tough game. No question about it but Football Canada is looking to make sure the athletes taking to the fields around the country are ready to take and give a hit.

The Safe Contact program is a key component in Football Canada’s National Coaching Certification Program and it shows coaches how to bring drills to their practice to teach safe tackling and blocking skills.

Earlier this month about 70 coaches from around Central Alberta, including 12  from Red Deer Minor Football teams, took the course which made RDMF president Greg Thompson happy.

“It’s a good start in our group but I know they’re (Football Alberta) going to do some secondary ones in the next couple of months and hopefully we can get the rest of our people finished off,” he said.

Teams all the way from Atom to High School are going to be learning a safer way to hit. If the game involves tackling and blocking then these coaches will be required to have this course on their resume.

Head coaches and half their staff need to have this done by the end of March with the rest of the coaching staff required to have the course completed by March of 2017.

“If you don’t have the course you can’t be on the field no matter how old you are,” said Thompson.

The mandate here is simple. Take the head out of the play when tackling and blocking. 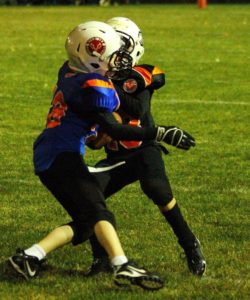 “In the old system the head was one of three contact points and now with all the concussion protocols and awareness along with all the other things going on with the game of football they’re trying to get you to use your body as more of a contact point and keeping your head away from tackles.”

The head will still be part of the tackle but in such a way as to increase the safety aspect of the play and hopefully minimize the number of concussions experienced at all levels of football each year, he said.

Thompson said one coach from an Edmonton high school team said he had 15 players with concussion symptoms in 2014 and after adopting the Safe Contact model that number dropped to six last season.

It’s the second year for the program but Thompson says this time around Football Canada is pushing a bit harder to make sure coaches are getting on the program. At this point more than five thousand coaches across Canada, including almost 700 here in Alberta, have been certified and the program has the backing of the Canada Football League.

He views this program as a potential game changer right across the board especially foer the younger players who will be learning the system from the roots.

“It probably will make them better tacklers because their heads and their eyes will be up all the time,” said Thompson. “In the old system you would dip and strike and so your head would drop a lot.” 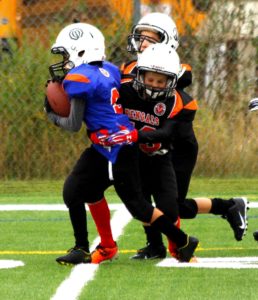 This program may even change how the game is played but Thompson says it all really boils down to making it safer and keeping more kids in the game instead of on the sidelines.

“I think it will make the game a little bit better. A little bit more skillful but still with the contact and that evolution of it,” he said.

The model is not a Big Brother approach to the game where Football Canada people will be secretly attending games or practices to make sure the protocol is being followed, said Thompson.

“It’s kind of like, here’s the training, you’ve taken it, you implement it and we’ll go from there.”

Thompson says Red Deer Minor Football is also working to put a system of checks and balances to make sure what the Safe Contact guideline has put in place is being followed.

For more information about the program you can check it out at http://www.safecontact.ca/

Jim Claggett - August 30, 2019
0
Coaches at any level of amateur or professional sport will always have problems to confront- before, during and after a season. It’s the nature of...