This time around the weather cooperated, the conditions were excellent and it was Morrison who prevailed shooting a final round 71 to beat McKinley by two shots after being down by three on the final day.

“Tom made a few mistakes on seven, eight and nine, “said Morrison. “ He doubled nine. We both hit it into the water on nine. I got up and down and he didn’t so we we’re even going through nine.”

Morrison said his putter is usually the club which saves him in rounds but the first two days it wasn’t the case until his caddy made an observation on Saturday night and the putting tip worked out in the end.

“The putter definitely saved me. I’ve always been a good putter. I always hit it everywhere but I find a way to get the ball in the hole,” he said. “ I wish I could hit it straight but I can’t. The first two days it didn’t (the putter). I hit like 17 greens and the second day I had like eight putts inside of six feet I didn’t make but it worked out in the end.” 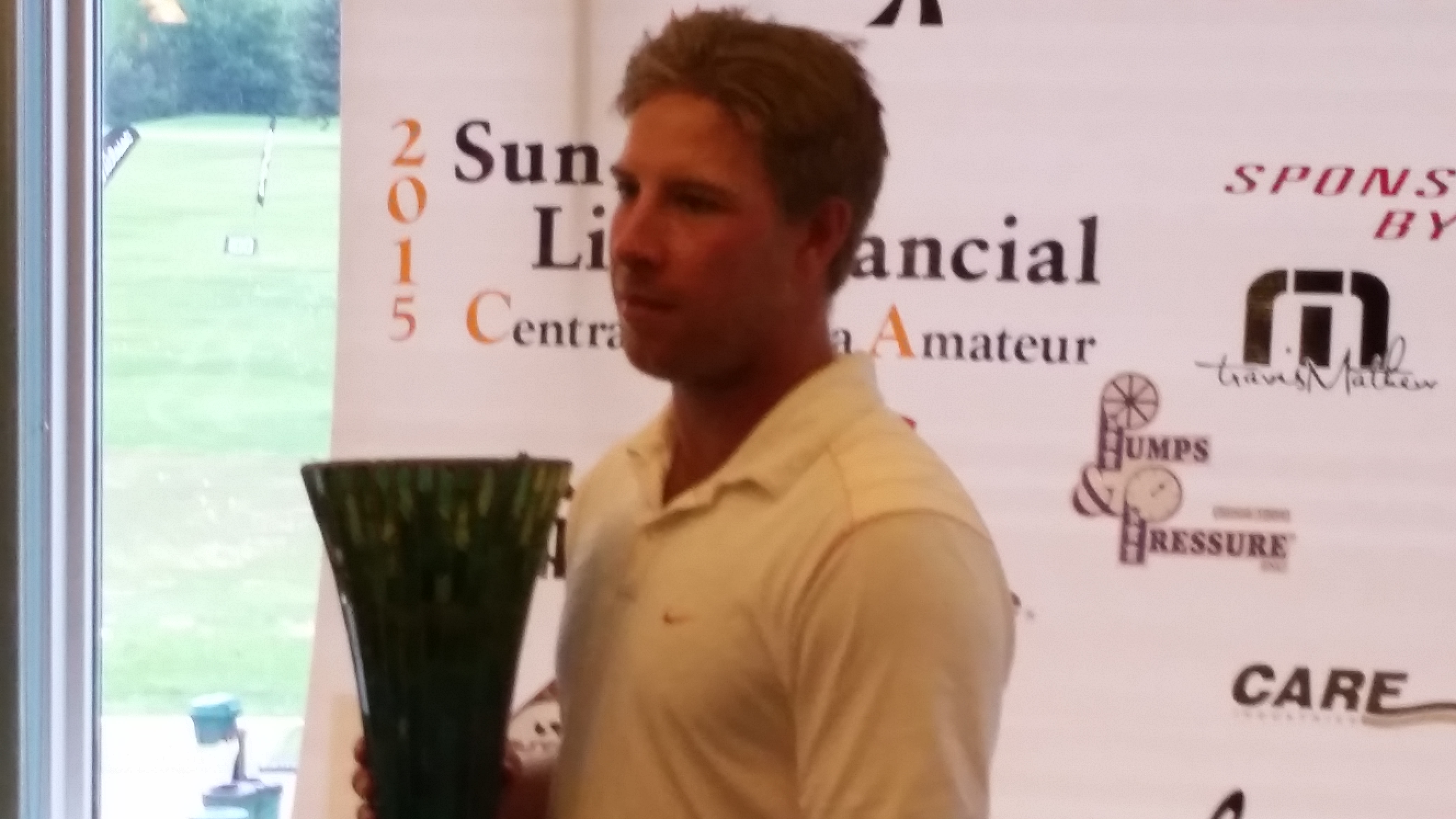 Evidence of that was a solid birdie putt on 11 which may have turned things around in his favour and he followed that up with a world class up and down from the trees on 12.

Morrison had about 74 yards to the pin but his backswing was somewhat restricted by a tree but he had just enough to get to the green which he did and then the putter took over from about 40 feet.

“I just said a foot outside left. The greens are slow right now so just get it there and tap in for par but it went in. That was momentum right there for sure,” he said. “If you’re going to win a tournament you’ve got to get lucky like that.”

The win was the third CAA title for the 28 year old former Red Deer College golf team member which won a provincial title and it’s another chapter in the friendly rivalry between himself and McKinley.

“He got me in Lacombe this year in the semi’s (match play tournament). I always go to his tournament and he drummed me there so it’s good to get him back. Tom is the best player I know. He’s solid and I find a way to beat him. I don’t understand it.”

Morrison won the Red Deer Golf and Country Club championship earlier this year, placed 8th in the Alberta Mid-Amateur and says golf is still in his future but likely not as a full time player.

“I just started my welding company, just a sub-contractor, got that going,” he said about what might be down the road. “I would love to play golf for a living but like I said it’s so tough out there, with me working, 28 now and I’d kind of like to start a family so it’s tough but you never know.”

You and Your Ball: A Perfect Fit?